20 Years Later: A Look Back At The History Of The First RESIDENT EVIL Film Adaptation

From video game origins to Romero, Blanks, and Anderson. 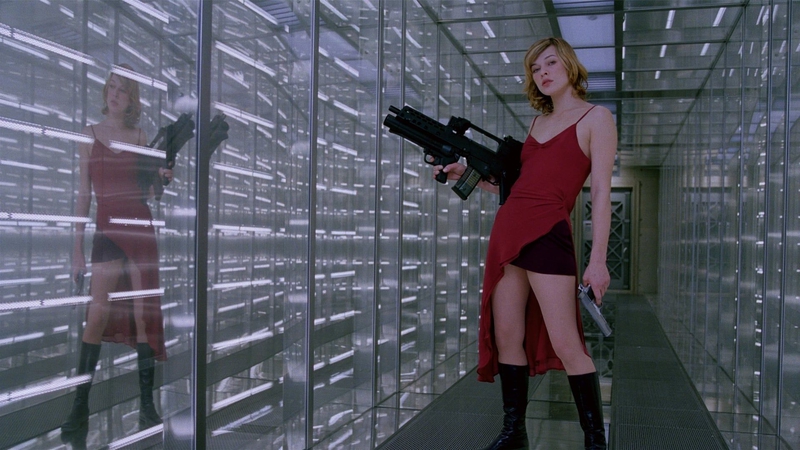 In 1996 something shifted. Capcom released the inaugural entry in their Resident Evil series. Often credited with creating the survival horror genre of video games as we know it today, Resident Evil introduced many players to its particular breed of Japanese horror. Inspired by the 1988 film and 1989 video game Sweet Home, players didn't know what to expect. They had never experienced anything like Resident Evil, and it became an overnight sensation. It's not hard to believe that Capcom would want to strike while the iron was hot and branch out into different forms of media (this IS a business, after all). Before anyone knew it, the movie rights to Resident Evil were bought by Constantin Films a mere one year after the game's release. 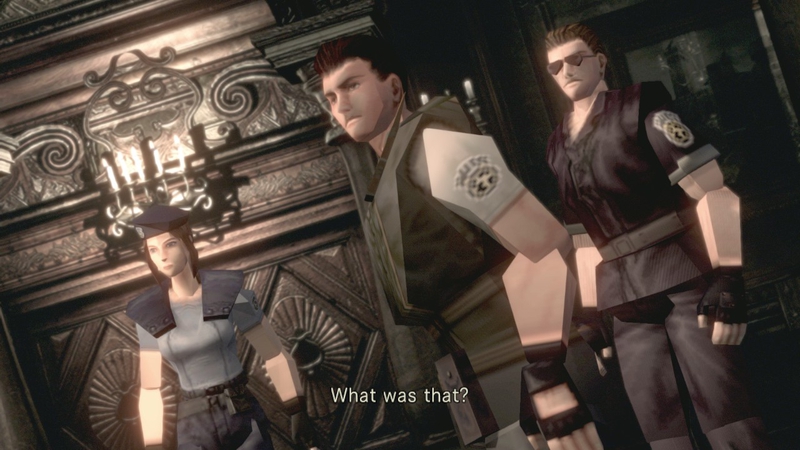 From what little I could gather online (internet archiving was NOT at its best in the late '90s), the production company quickly hired Alan B. McElroy (Halloween 4, Wrong Turn) to pump out a script that simplified the story from the first game. This time the story would follow a team of Special Forces operatives sent into an isolated lab for a routine mission to rescue a group of scientists.

What the Special Force soldiers (all characters from the original game) don't realize is that they're actually live specimens in a secret experiment being put on by the government. What's notable about this script is that aside from the story change, the film was actually going to feature all the monsters from the video game with the main cast fighting them! Unfortunately, this script was quietly rejected, and although bits and pieces of it have popped up online over the years, it seems forever lost to time (much to this writer's dismay). 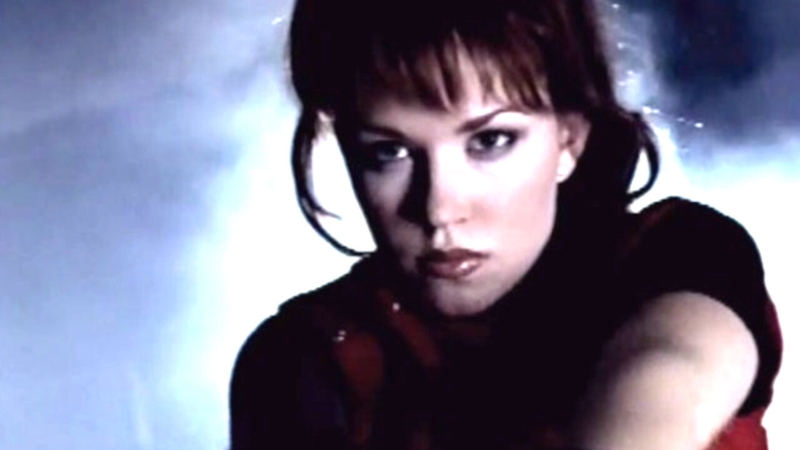 The One That Got Away

This next one hurts. In 1998, George A. Romero (yup, THAT one) directed a Japanese advertisement for Capcom's Resident Evil 2. This caught the eye of series creator Shinji Makami, who has openly been influenced by Romero's work, such as Dawn of the Dead, right down to recreating shots from Romero's films in the first Resident Evil game. Eventually, Sony and Constantin approached Romero about adapting the now hugely popular video game for the big screen. Committed to the project, Romero sat down and watched his secretary play the first game from start to finish and got started on the script.

What followed was a script that faithfully adapted the first game, but concerns began to arise. Producers thought the script was far too violent in its current state. Romero reportedly turned in up to six or seven drafts (some of which you can read online if you know where to look) before producers finally decided that a movie based on the first game was far too outdated. After all, Resident Evil 3 and Code Veronica would be on store shelves within a year or two. Though Romero's script may be available to read in its entirety online, this writer can't help but mourn the loss of a zombie movie from the father of modern zombie films himself.

In 2000, director Jamie Blanks (Urban Legend, Valentine) was very briefly attached to a new adaptation that was said to borrow more from Resident Evil 2 and Resident Evil 3. The story allegedly followed the famous Special Tactics and Rescue Squad (S.T.A.R.S. if ya fancy) from the first game and would feature them fighting an outbreak ravaging the famous Raccoon City from the second and third games. I reached out to an anonymous source to find out exactly how far into development this iteration got, but sadly it seems not much came from Blanks' attempt. Could have been neat, though! 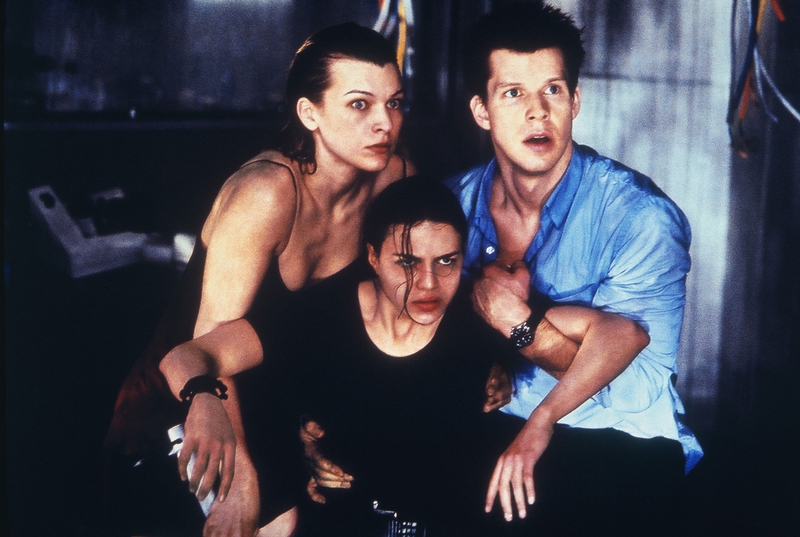 The One That Stuck Around

The influence of Resident Evil could already be felt in the film industry. Paul W.S. Anderson (Event Horizon) knew the potential this series held and began writing a script entitled Undread inspired by the now legendary game. Sony and Constantin caught wind of this and instead of shutting him down, decided to give him the job of finally adapting Resident Evil for the big screen based on his success adapting the hugely popular Mortal Kombat many years before. Rather than attempt to directly convert one of the games to celluloid, Anderson sought to create an all-new story using elements of the series. Originally (unfortunately) titled Resident Evil: Ground Zero, the film's script shared a similar concept to the discarded McElroy script in that it borrowed elements from the series to tell an original story.

Gone were the game's characters and settings, this new story would instead use new characters and would originally be considered a quasi-prequel to the series. The production would cast Milla Jovovich, and Michelle Rodriguez (before her Fast & Furious fame) as two commando leaders sent into an underground facility under lockdown as they try to prevent a deadly virus from escaping from the lab and wreaking havoc on the world, as well as dealing with a sentient AI that won't release them until the virus is fully eradicated. Originally David Boreanaz was in talks for the lead male role but was replaced by Eric Mabius due to his commitment to the wildly popular series Angel. 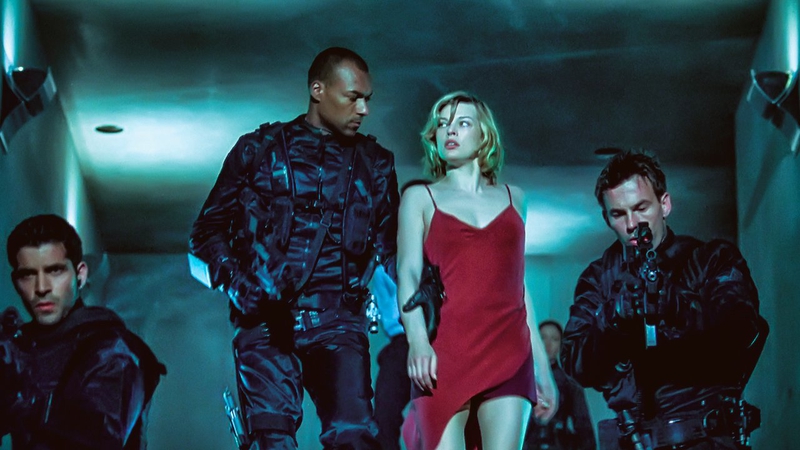 You're All Going To Die Down Here

Resident Evil was finally released on March 15, 2002. And the reception was… well it was mixed, to say the least. Critics based the film claiming it was all style and no substance, and it was even famously one of Roger Ebert's most hated films. Fan reception wasn't much better. Gone was the sense of dread in realistic settings, and instead, audiences were treated to a horror film much more inspired by the action in The Matrix, in ultra-clean settings that look as if they're made entirely of stainless steel.

Aside from the opening mansion setting and a few monsters, one would be forgiven for thinking this had nothing to do with the famous video games on which this film was based. It's an entirely different vibe and take on the zombie genre as we know it. The film is often credited alongside Blade for creating the Action-Horror subgenre. Despite a lukewarm reception from both critics and fans alike, the film grossed $103 million at the worldwide box office on a $33 million budget. Like it or not, Resident Evil was a success, and a sequel promising a more faithful adaptation (even teased with a cliffhanger) rushed into production. 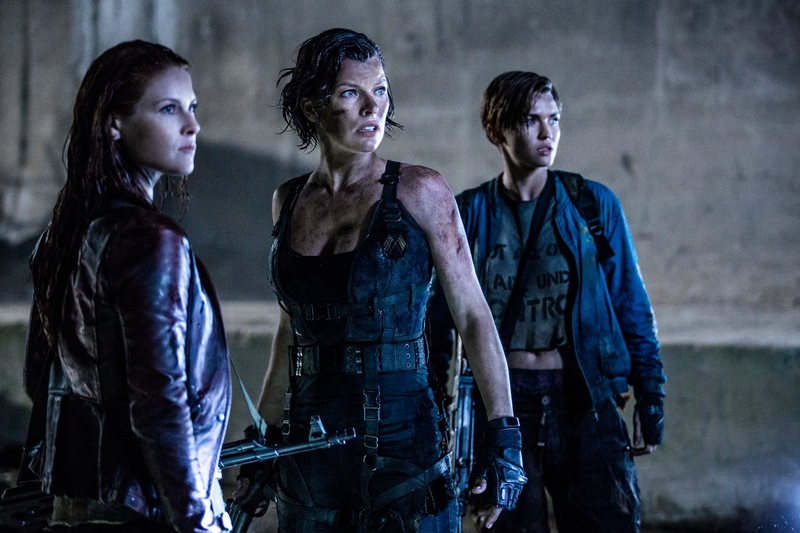 Resident Evil ended up becoming a worldwide hit. The series spawned five sequels that all followed Jovovich's Alice as she dealt with a global Apocalypse due to the events of the first film. Extinction wasn't in the cards for this franchise, and eventually, it found an Afterlife with dedicated fans who didn't feel Retribution was needed for the changes the films made from the source material.

The Final Chapter of Alice's story was released in 2016, the series had a worldwide gross of $1.2 Billion and was, for a brief moment, the highest-grossing horror franchise of all time. Despite all the hurdles the film faced in development, it overcame all obstacles and spawned a highly successful horror franchise. Fans eventually warmed up to the series and even praised it despite its faults (this writer, in particular, is one of the more vocal defenders of the film series on social media). Looking back on Resident Evil 20 years later, you just can't keep a good zombie (movie) down.

In the mood to revisit Resident Evil? Click below to watch now.