Mia Goth Will Return In The Just-Announced MAXXXINE

In which Ti West's X franchise gains another chapter. 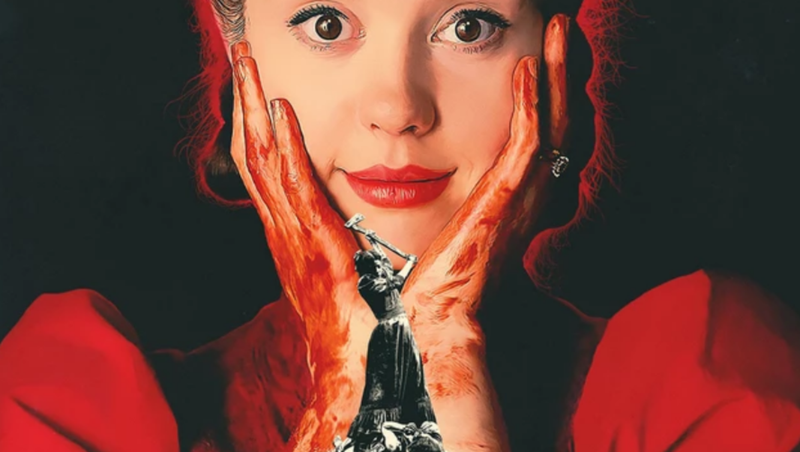 Late last night, following the TIFF premiere of Ti West's Pearl (itself a surprise sequel to this year's X), the director dropped yet another surprise on the crowd: A24 has already greenlit a sequel to Pearl ... and they've got the teaser trailer to prove it. Take a look:

How great is that?! This series is now well on its way to becoming a trilogy, one which spans the lives of two very troubled characters (in Pearl and MaXXXine) and the fateful moment where they encountered one another (that'd be X). It was a surprise when we learned that X was quickly being followed by Pearl, and it's just as delightfully surprising to have MaXXXine announced in a similar fashion. And how 'bout that teaser trailer? Pitch-perfect, hall of fame-level, no notes from Team FANGORIA.

"Mia Goth will be back and reprising one of the two roles she played in X. It follows Maxine (Goth), after the events of X, as the sole survivor who continues her journey towards fame setting out to make it as an actress in 1980’s Los Angeles. The film hasn’t yet been shot but is on a fast track after being greenlit by A24. It all stems from X, which launched Goth as the survivor of a porn shoot that goes awry when their hosts in rural Texas see what they are doing and the cast and crew ends up fighting for their lives.  West wrote the script."

Unlike Pearl, which was already shot by the time it was announced, MaXXXine has not begun filming. This means it'll likely be a minute before it hits theaters, but that's fine: only gives us more time to savor Pearl (which is, by most accounts, one helluva horror film), which hits theaters nationwide this Friday. We'll be there, and we'll be keeping our eyes peeled for further updates on MaXXXine as they become available. Stay tuned.