Sebastian Stan has revealed a rather shocking first-look at his character in A DIFFERENT MAN from director Aaron Schimberg. 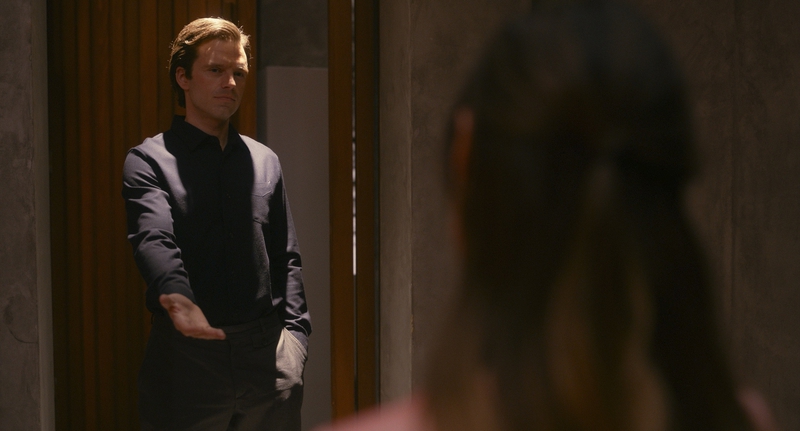 The folks at A24 recently announced that they are teaming up with Sebastian Stan (The Devil All the Time, Captain America: The Winter Soldier) for a new psychological thriller titled A Different Man. Production is currently underway on the film, which is being directed by Aaron Schimberg (Go Down Death, Chained for Life). Rather than make us wait, Stan decided to share an early look at his character from the film with the world. To say the very least of it, the image is rather shocking and promises a pretty remarkable transformation for the man best known as Bucky in the Marvel Cinematic Universe. Let's take a gander.

Much to process. Clearly, a lot of impressive prosthetics work going on there courtesy of Mike Marino, whose other credits include The Batman, Joker, and Coming 2 America. (You can also catch Mike's work in the latest issue of Fango!) Given that he made Colin Farrell look unrecognizable as Penguin in The Batman, what he was able to do for Stan shouldn't be surprising from a straight-up skill perspective. But it is certainly surprising to see Stan looking like this. So, why the transformation? The film's synopsis offers some clues on that front, and it reads as follows:

"Edward is an outcast seeking a new life and fresh start. After he undergoes facial reconstructive surgery, he becomes fixated on a man starring as him in a stage production based on his former life."

It seems that cast as the actor playing Edward in the stage production is Adam Pearson, actor and disabiity/anti-bullying advocate who lives with neurofibromatosis and who has appeared in Chained for Life and Under the Skin. Stan's makeup is clearly modeled on Pearson. But does this mean Pearson is playing an actor in makeup? That would line up with the kind of meta storytelling Schimberg's shown before.

Stan isn't a stranger to the genre space, having starred in Hulu's acclaimed Fresh earlier this year, for example. A24 has done tremendous work in the horror realm in recent years, with Hereditary, Midsommar, X, and The Witch serving as just a few examples. I might kindly point you in the direction of the criminally underseen The Monster as well. A24's track record, coupled with Stan's ability as an actor and those prosthetics, makes for a compelling combo. That much is certain.

Renate Reinsve (The Worst Person in the World) is also set to star in the film. Production is currently underway in New York City, with Schimberg working from a screenplay he also wrote. Christine Vachon, Gabriel Mayers, Vanessa McDonnell, and Jason Reif are on board as producers, with Stan executive producing.

A Different Man does not yet have a release date set. However, with production underway, we should expect to see it in theaters sometime next year. For now, we eagerly await a trailer so we can see this makeup-covered Stan in action.