Exclusive: MASKING THRESHOLD Poster Is Not For The Faint Of Heart

The folks at Drafthouse Films are set to release MASKING THRESHOLD this Halloween season in theaters and on Digital. 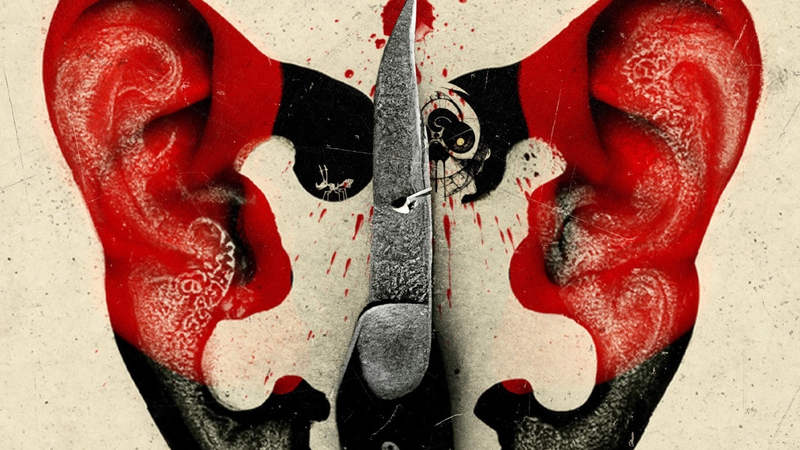 Today, we are bringing you an exclusive look at one of the upcoming horror offerings making its way out into the world this Halloween season in the form of a new poster for Masking Threshold. The film is coming our way from the folks at Drafthouse Films and the brand new poster, boasts some blood, a couple of ears, and a great deal of abstract intrigue. 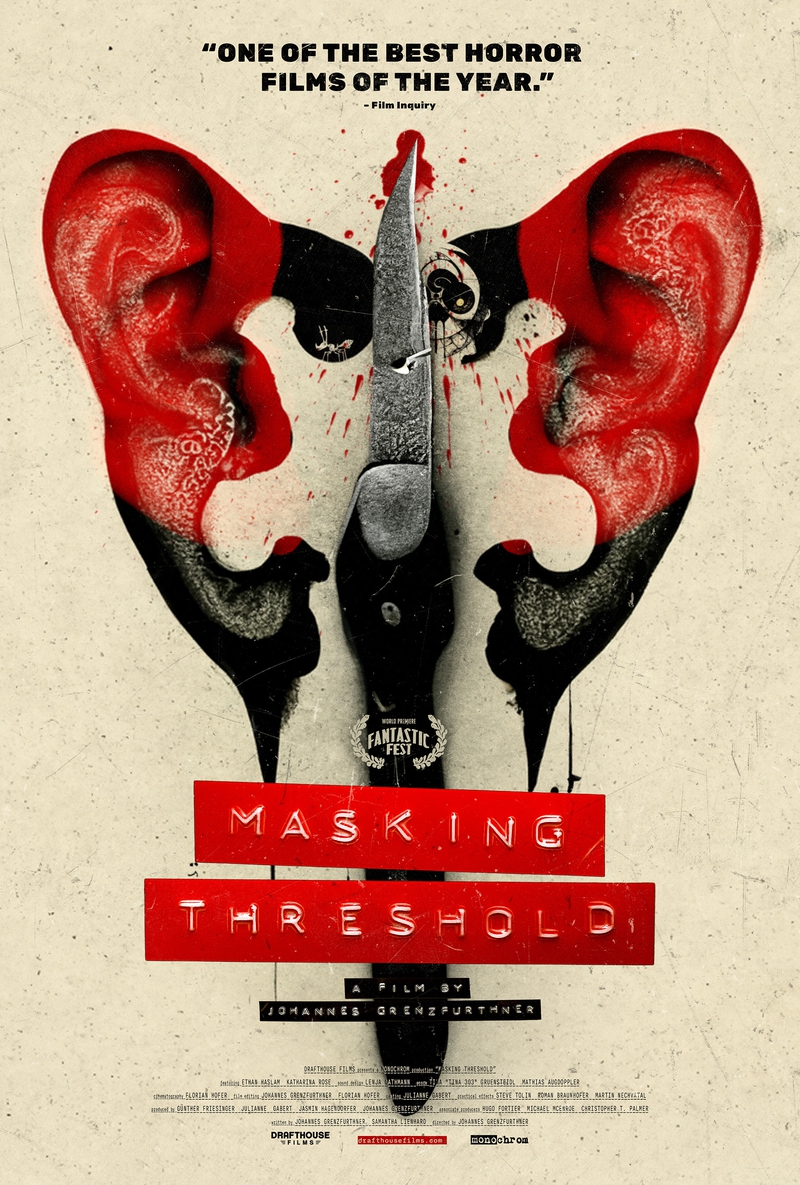 Too often these days, posters are relegated to floating heads photoshopped onto uninteresting backgrounds. How refreshing it is to see a poster that relies more on intrigue and visuals to get the job done. Interestingly enough, that is kind of the whole vibe with the marketing thus far, as the trailer for the film is also less-than-straightforward.

The film, which held its world premiere at Fantastic Fest last year, is directed by Johannes Grenzfurthner, who also co-wrote the screenplay alongside Samantha Lienhard. There is a very minimalist cast for this one, with Ethan Haslam serving as the voice of the unnamed protagonist and Katharina Rose as Dana. The synopsis for the film reads as follows:

“Conducting a series of experiments in his makeshift home-lab, a skeptic IT worker tries to cure his harrowing hearing impairment. But where will his research lead him? Masking Threshold combines a chamber play, a scientific procedural, an unpacking video, and a DIY YouTube channel while suggesting endless vistas of existential pain and decay. Glimpse the world of the nameless protagonist in this eldritch tale, which is by no means for the faint of heart.”

Günther Friesinger, Julianne Gabert, Jasmin Hagendorfer, and Grenzfurthner serve as producers of the film. Adding just a tiny bit more intrigue to the whole thing? The movie will be making its way out into the world unrated. Not only that, but the critics who have seen the film have been extremely kind to it thus far, as it currently boasts a rare, unblemished 100% approval rating on Rotten Tomatoes. Granted, that is only with eight total reviews counted, but that is one heck of an endorsement from those who have seen what Grenzfurthner has cooked up.

Masking Threshold hits select theaters on September 30 before arriving on Digital on October 7.