We opened it. She came. An experience beyond limits. 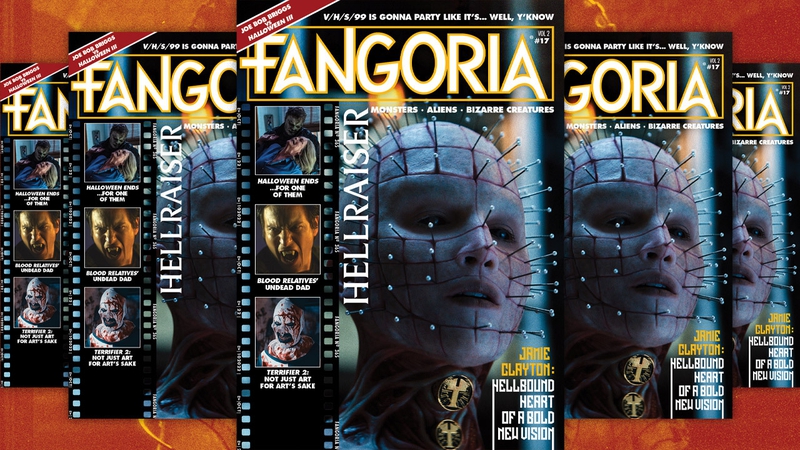 If you guessed our October newsstand cover would have such sights to show you, well... you were correct! Jamie Clayton will be gracing newsstands in full Pinhead regalia, and we could not be more excited to darken the doorways of your local comic book shops with this one.

You know the drill, and if not... here's a quick rundown. Our Hellraiser cover will be available on newsstands October 11. The guts are the same as our Halloween Ends subscriber cover, it's the skin of it wherein you get to pick your poison. Behold! 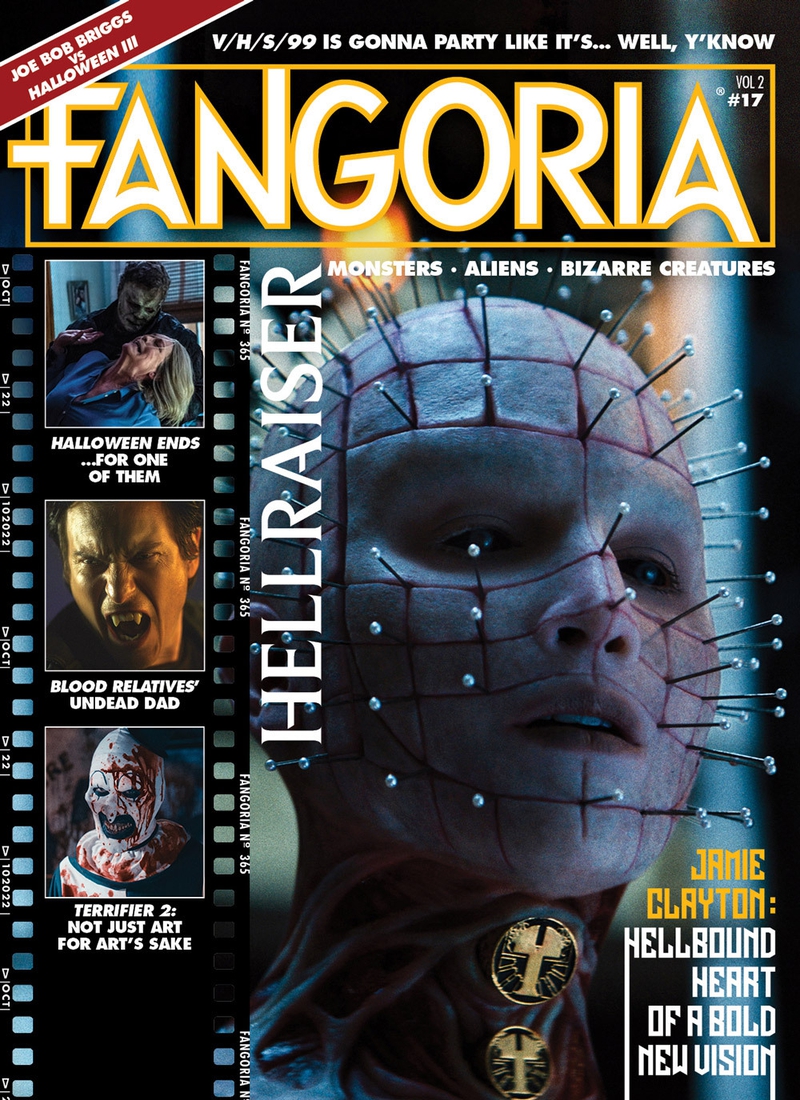 This issue features a newsstand cover deep dive into the making of the brand new Hellraiser, as we hear from director David Bruckner and producer David Goyer on the unexpected new directions they’re taking the property. Of course, we'll also introduce you to the new Pinhead herself, Jamie Clayton, and learn some of the film’s secrets from makeup FX artists Josh & Sierra Russell.

The Halloween celebration continues by recounting how Joe Bob Briggs was forced to reconsider his opinion of Halloween III earlier this year, and Stephen Graham Jones writes about the different genre moments that fed the flashpoint of the 1978 classic.

Tis the season, and that means this issue is PACKED with new release coverage:

Michael Gingold looks back at it, examining the fork in the road which had Joe Dante pondering Halloween III, and a revealing chat with the creator of British scare sensation Ghostwatch on its 30th anniversary. Bearded Skulls Makeup FX once more spoil the hell out of a recent gig, and kicking off her new, recurring space in the mag, Legends Makeup Academy co-founder Ve Neill goes deep about her epic work on the classic film Beetlejuice.

That's not even all of it, but we'll save some for later.

If you've gotta have Halloween and Hellraiser, well, we don't blame you. BUT keep in mind you've gotta subscribe for the Halloween cover, and this is the last day to do that!

Hellraiser on newsstands. Halloween Ends in mailboxes only. Cenobites in your comic shop or Strode Vs Myers on your doorstep, pick your poison. Click here to pre-order your Hellraiser cover.

Hit this link for the Halloween Ends subscriber cover, and if you're new to us, the code FINALGIRL will get you 25% off your subscription. This issue ships and hits newsstands October 11.