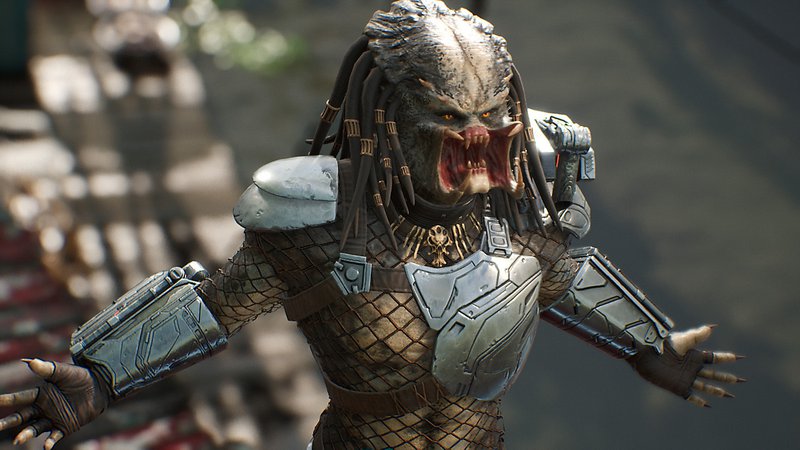 You can play as predator and prey in PREDATOR: HUNTING GROUNDDS. (Playstation)

Movie icons, cult classics and filmmaker Ruggero Deodato making a cannibal game for Nintendo Switch? It’s all happening in the world of horror gaming this month.

There have been many attempts to replicate the balls-out horror action of the beloved Predator series in gaming, and most have fallen a little flat. The iconic Alien vs Predator game aside, there’s yet to be a title that fully captures the bad-ass gadgetry and simmering machismo of the franchise.

This new asymmetrical multiplayer game at least comes at it from the right direction. Four players enter the game as soldiers, much like Arnie’s squad in the ’87 classic. They have a mission to accomplish and an army of AI bots to mow down in order to get it done. Of course, also in the mix is a fifth player who controls the Predator, whose task is to eliminate all the human players.

It's a compelling realization of the original movie’s primal simplicity, and there are some fun wrinkles in the manner these three-way clashes play out. For example, to the Predator, the AI enemy bots and human-controlled players all look alike, requiring genuine observation and tactics to identify and slay your targets. The Predator is far from invulnerable, so open battles are a good way to lose. Able to leap from tree to tree using Predator Parkour, and with a suite of cool weapons that unlock as you accrue experience, it’s a genuinely thrilling power fantasy all the same.

Playing as human soldiers is less exciting. Mission objectives are simple to the point of tedium, and the basic scenarios and maps don’t vary enough to make matches feel different. Judged purely as a first-person shooter, these aspects of the game are pretty weak. That’s perhaps to be expected since the game comes from Illfonic, the developer behind the similarly structured Friday the 13th game, updates for which are currently on hiatus because of the legal snafu surrounding the IP. Much like Friday, this is often very rough around the edges and requires a lot of forgiveness on the part of players to let the entertainment shine through. That’s easier to accomplish when the film series being evoked is a slasher franchise of wildly variable quality. When you’re trying to recapture a polished and tightly composed action movie such as Predator, the gulf between the game experience and movie inspiration is harder to ignore.

Even so, if you can accommodate some bugginess and crude design, the moments when Predator: Hunting Grounds hits its target are undeniably cool and worth the effort for fans desperate to have their own spine-ripping jungle encounter. 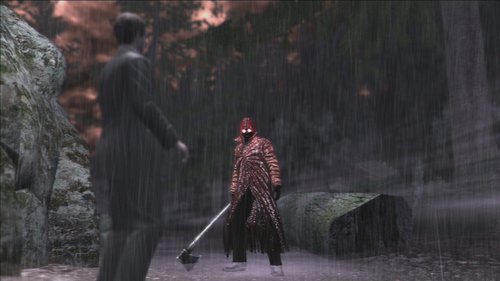 For those who have never experienced this cult classic, it can be hard to explain its appeal. On one hand, it’s a typical Japanese horror game, with shambling creatures and an outlandish serial killer stalking the rural U.S. town of Greenvale. You will collect objects, hoard ammo and solve puzzles as you work your way through a twisting narrative that is rich in setpieces.

But it’s also very much its own beast, heavily inspired by Twin Peaks but filtering Lynch’s darkly playful surreal worldview through a pastiche of gaming clichés that renders even the most predictable scenario utterly bizarre. You’re playing as Francis York Morgan, an enigmatic FBI agent who is as much Fox Mulder as Dale Cooper. York constantly talks to a voice in his head, which he calls Zach, and is prone to rambling on about 1980s action movies, coffee and whatever else crosses his mind. Control is weird, the supporting characters are absolutely insane and the whole town operates on its own daily cycle, meaning vital locations and characters will be inaccessible should you visit at the wrong time.

It's a sprawling auteur’s work, in other words, and while the mechanics may frustrate, the underlying personality is so wilfully weird that – for those who click with its gonzo wavelength – the result is one of the most unforgettable games in years.

Sadly, this Switch port is perhaps not the best way to experience it. Rather than port over the 2013 Director’s Cut of the game which improved the controls and added new narrative elements, this is a do-over of the 2010 original which means that things which were annoying in 2010 are even more distracting now and the graphics are murkier than ever. By all means, pick this up for the convenience of having it on the go on a modern console, but existing fans can stick with the versions they already own without missing out. 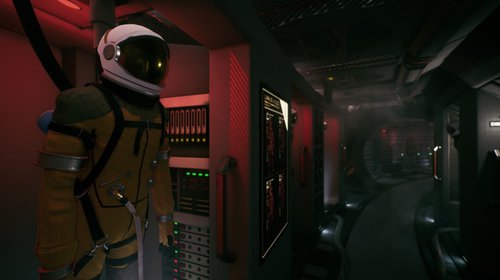 We Went Back (PC)

A gorgeously designed and cleverly structured sci-fi headfuck, We Went Back is a game that deliberately offers you very little to work with. You wake up on an abandoned space station. That’s about it as far as player guidance goes. What happened? How do you get out of here? What the hell is that spindly creature doing? That’s for you to work out. The game uses a Groundhog Day-style time loop to mess with your head further, and as you replay, things change; the 1960s space-race scenery shifts and alters when you look away. It lasts less than an hour and costs exactly nothing to download and play, so there’s no excuse not to pass some time being freaked out in orbit. 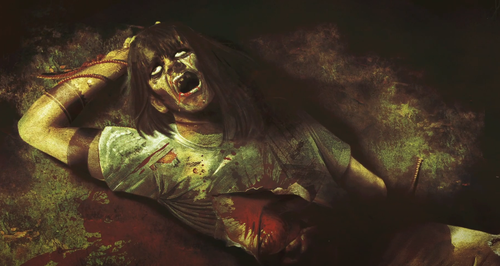 Notorious Italian director Ruggero Deodato is reviving his boundary-pushing cannibal movie series, but the fourth entry won’t be a film. It is, as you have probably guessed, a game. Simply titled Cannibal, it’s a jungle survival game with a flesh-eating twist. The trailer gives absolutely nothing away, composed as it is of one piece of concept art and some live-action flashbacks, but the whole game is apparently due in November for PlayStation 4, Xbox One, Nintendo Switch and PC. Whoever thought that we would see Deodato on Nintendo?

Little Hope for the Summer

The Dark Pictures series of episodic self-contained horror games continues in Little Hope, which now has a confirmed launch window of “Summer 2020.” Much like the previous entry in the anthology, last year’s nautical spookshow “Man of Medan,” you’ll control various characters in an interactive story that has multiple endings and outcomes depending on your choices. The setting this time is the titular town of the title, where brutal witch trials from centuries before have an unfortunate and bloody impact on a bunch of young people in the present. Among the cast being mo-capped to death is Will Poulter of Midsommar fame. 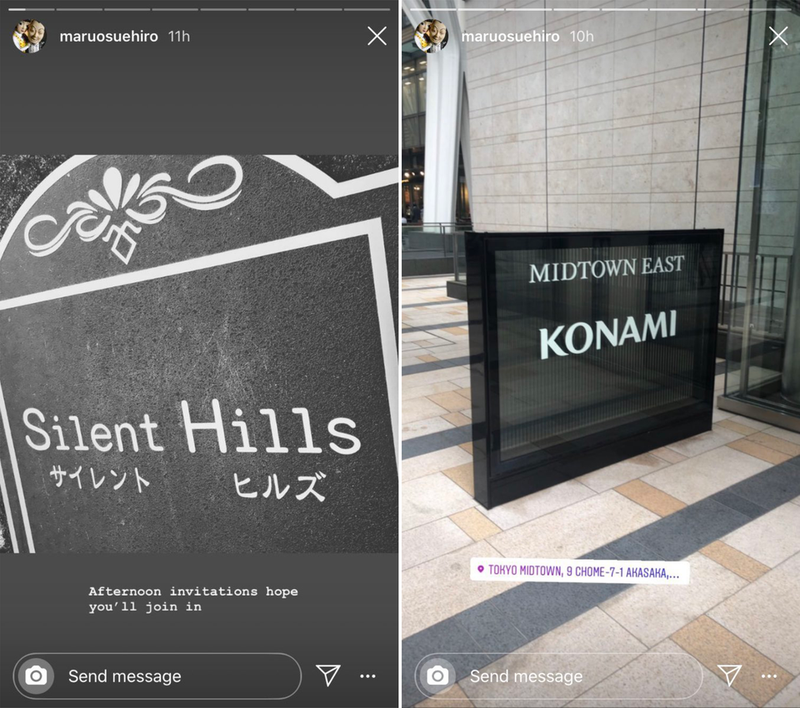 It’s been a dizzying month for fans of the Silent Hill franchise, as rumors about the long-overdue revival of the series picked up speed. One particularly notable bit of scuttlebutt suggested that Sony was courting publisher Konami for some PlayStation 5 exclusives and planning a reboot of the original 1999 game as well as reviving the mothballed Silent Hills project that was being developed by Metal Gear creator Hideo Kojima with help from an all-star bench of horror talent including Guillermo Del Toro, Junji Ito and actor Norman Reedus. Konami flatly denied those rumors but insisted that it was indeed looking for a way to continue the franchise. That glimmer of hope was then fanned further when manga horror artist Suehiro Maruo posted on Instagram from Konami’s offices, including a shot of a sign for Silent Hills. Clearly something is happening with that fog-shrouded hell town, and we’ll hopefully find out what it is sooner rather than later.

Most horror games opt for a modern-day setting, so word that upcoming British horror game Maid of Sker takes place entirely in the year 1898 already sets it apart. A first-person perspective explore-em-up, it’s set in an isolated hotel and involves picking apart the bloody history of a family mired in slavery, piracy, torture and other nastiness. We’re promised “sound-based AI” as well as survival without weapons. Look out for it on all platforms later this year.

Epic Pictures, the film studio behind genre-friendly releases such as Harpoon, Extra Ordinary and Terrifier, is getting into games. The studio has announced the Dread X Collection, a budget-priced compilation of 10 short and weird PC horror games from a slew of indie developers. The games will be priced at $7 and available through Steam, Humble Bundle and Itch.io by the end of April with a portion of each sale donated to Doctors Without Borders. Console adaptations are also being considered.

The Haunted PS1 community of retro-inspired indie horror game makers has thrown up another bucket of offbeat interactive doodles to enjoy. The Wretched Weekend game jam ran in the middle of this month and produced 69 (nice) entries. The only stipulation for participants was that the games should take 48 hours to make, involve “minimal” gameplay, low-tech graphics and most importantly “be spooky.” All the games are available to download here. We particularly recommend Rustbucket Revenge, in which you are constantly pursued through a bleak industrial landscape by a vengeful car, and VHS 1986, a hauntology-flavored game in which you sift through a box of old tapes, watching the strange snippets of grainy footage on each one. 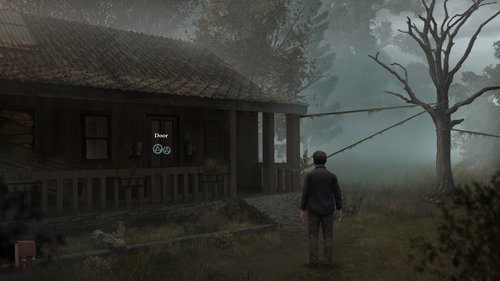 Fans of old-school graphic adventures rejoice! There’s a new entry in this cult genre, and even better it’s a horror game with an Eastern European perspective. Saint Kotar: The Yellow Mask takes place in a remote and distinctly miserable Croatian town where a history of black magic and other dark deeds persists into the present day. You will control two friends trying to solve a series of murders, with each character having their own distinct storyline to follow. Inspirations for the game are Broken Sword, Gabriel Knight and the first season of True Detective. Intrigued? Yep, us, too. A playable prologue is due to be released in May with a Kickstarter also lined up.