He'll Be Back: CHUCKY Picked Up For Season 2 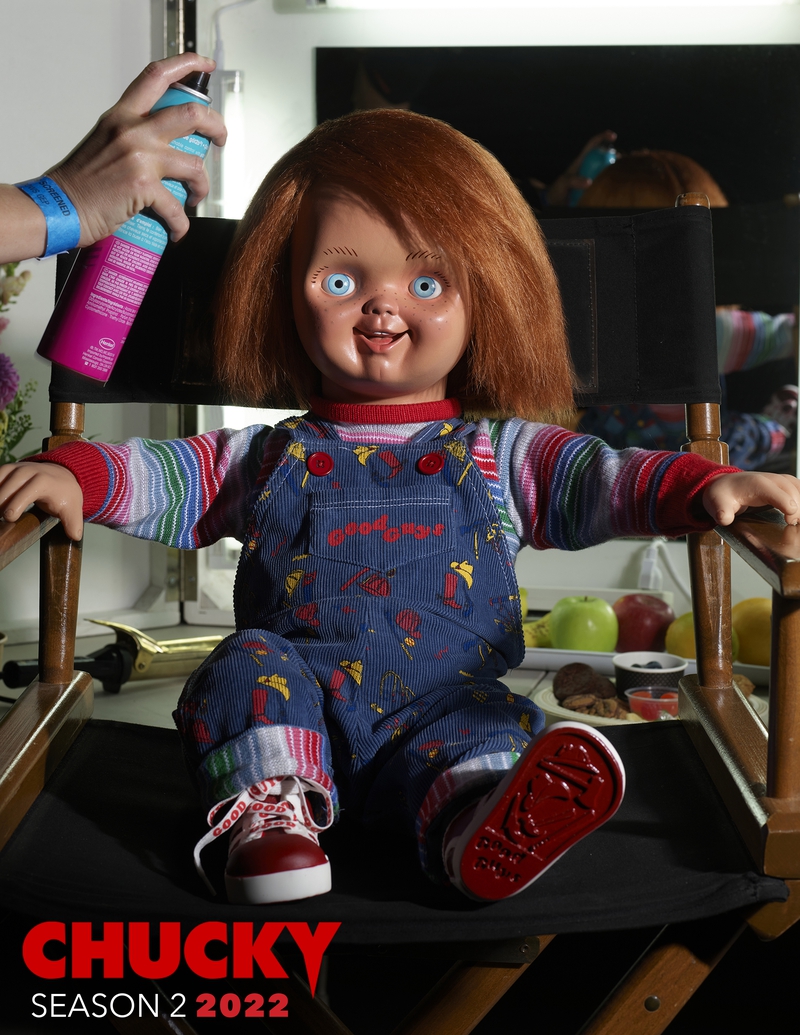 It truly is a wonderful time to be a horror fan. Horror TV is blossoming and burgeoning in a way we haven't really seen before. Budgets are bigger and guts are gushier.

My own non-horror-loving mother shocked me earlier this week when she informed me she was watching the CHUCKY series with my nephew. Her reasoning being it's on TV so "how bad can it be?" Now when she says "bad" she isn't referring to quality, she is referring to guts and gore. By her logic, TV = no gore. Anyone who has tuned in can tell you... it's a whole new world out there. Thankfully for us, with original Child's Play creator Don Mancini at the helm— the guts, the gore, the swears are all wonderfully intact in the TV series. The viewership for the show has been steadily increasing as word of mouth spreads that this is no watered-down fare.

Across all platforms, “Chucky” has reached 9.5 million viewers in its first season, it's no wonder our favorite Good Guy is returning for round two. “We’re thrilled to start pulling the strings on a second season of puppet mayhem with ‘Chucky,’” said executive producer Don Mancini. “Many thanks to our partners at USA, SYFY and UCP for their incredible support and guidance bringing ‘Chucky’ to the small screen, bigger than ever. And to the fans, Chucky sends his still-undying thanks and a message: ‘This isn’t over, not by a long shot. You better watch your backs in 2022!’”

The season finale of “Chucky” airs Tuesday, Nov 30 at 10 p.m. ET/PT on USA and SYFY. Check out the season two announcement below: