Nope will also be released as on the same day as a standalone Blu-ray.

You can catch not one but two Blu-ray releases of Nope on the same day.

Jordan Peele fans, mark your calendars for October 25th – because we’re getting not one but TWO Blu-ray releases of the auteur director’s work on the very same day!

Collider reports that not only will October 25th bless us with a 4K and Blu-ray release of the summer sci-fi spectacle Nope, Universal Pictures Home Entertainment will also be releasing a three-movie Blu-ray pack of all of Peele’s directorial efforts. 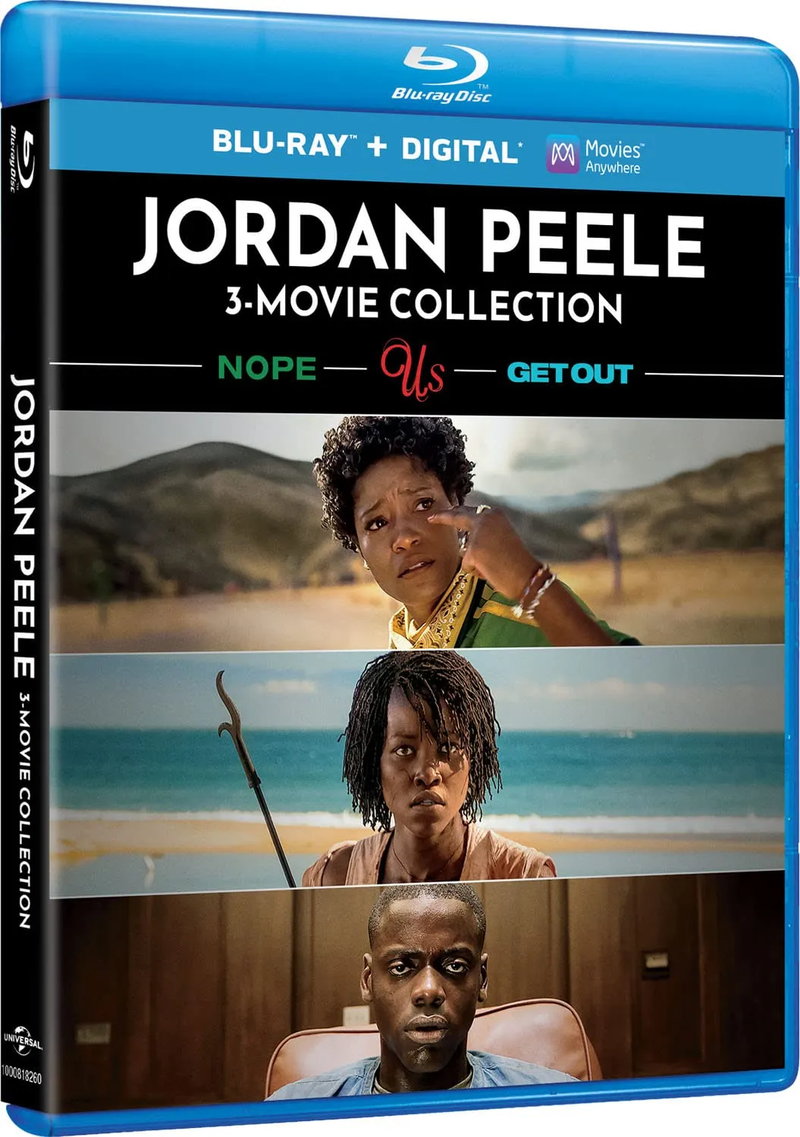 Peele has proved himself to be a filmic force to be reckoned with since making his directorial debut in 2017 with Get Out. The psychological horror follows Chris (Daniel Kaluuya), a young Black man who visits the home of his white girlfriend and her family for the weekend and finds himself subject to their sinister intentions. The critically acclaimed debut won Peele his first Oscar for Best Original Screenplay.

In 2019, Peele’s sophomore feature Us told the story of the Wilson family (headed by Lupita Nyong’o) as their relaxing beach vacation is disrupted by the appearance of their mysterious and malicious doppelgängers.

This year, Peele wowed audiences with Nope, his neo-Western adventure epic that follows the Haywood siblings OJ (Kaluuya) and Emerald (Keke Palmer) as they go head-to-head with an otherworldly presence on their Californian ranch. Nope was a summer blockbuster smash, racking up over $100 million at the box office and making the director 3 for 3 when it comes to well-loved genre movies.

In a recent interview with the New York Times, Peele suggested that there may be more stories to be shared from the world of OJ, Emerald and Jean Jacket, cryptically hinting that a very brief shot of a mysterious man in Nope’s trailer has a story that is “…yet to be told.”

Could this mystery man have his own Nope side story that was cut from the original film? The only way to find out is by pre-ordering the Nope Blu-ray to catch the featurette titled the Mystery Man of Muybridge.

According to Collider, the 3-movie collection will also include a variety of special features, including “3 hours of bonus content, interviews and behind-the-scenes footage, and deleted scenes from all 3 films.” Grab it now for a spooky season Peele-themed movie night.