The film would've delved into Dick Halloran's backstory, but never made it over the starting line. 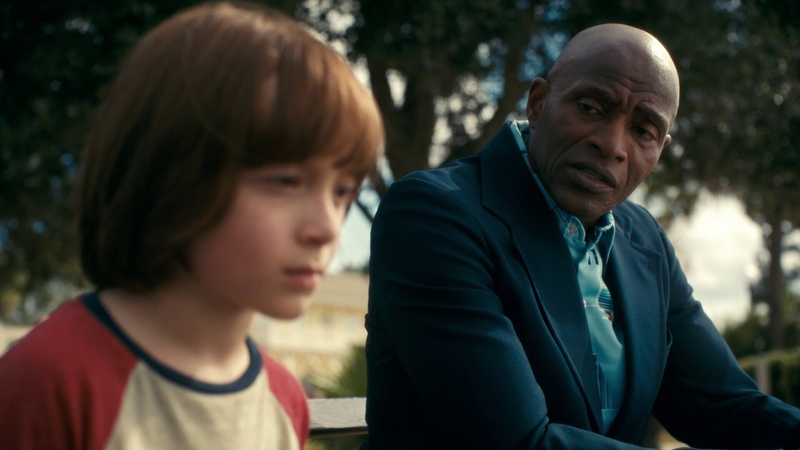 Here's some interesting trivia for fans of director Mike Flanagan (Doctor Sleep, Gerald's Game) and author Stephen King (the guy who wrote the novels upon which those Flanagan films were based): if Doctor Sleep had performed better at the box office, Flanagan was waiting in the wings to deliver another Shining prequel - this one centered around noted Shine-haver Dick Halloran.

Flanagan revealed the news himself on Twitter over the weekend, saying, "We were so close. I'll always regret this didn't happen" in response to a fan-made poster for the never-made film. When asked why the project didn't go forward, Flanagan said: "Because of Doctor Sleep’s box office performance, Warner Bros. opted not to proceed with it. They control the rights, so that was that.”

Doctor Sleep (2019), if you don't recall, was Flanagan's attempt to combine Stanley Kubrick's take on The Shining with Stephen King's sequel novel, Doctor Sleep. The film was largely embraced by critics (and later got its very own Director's Cut, which is even better than the theatrical version), but audiences simply didn't show up for it. It's since found something of a cult following via streaming and home video, but even that is apparently not enough to get the project going again.

So, what would the Halloran movie have been about? Flanagan described the project in greater detail to the ReelBlend Podcast, back in 2020, saying:

"Halloran was always more about Dick as a younger man learning about the Shining. And the Doctor Sleep novel tees up a prologue for it perfectly with the story of his grandmother and his grandfather. Which he tells a little bit of in this (movie). But the idea was to open with him as Carl Lumbly, and then to find a way to go back into the past and kind of tell this other story that inevitably would, very much in the way Doctor Sleep did, inevitably bring us back to a familiar hotel.”

The good news is, Flanagan's found plenty of other work in the intervening years: his Midnight Mass was a giant hit on Netflix last year, while the director's Midnight Club and The Fall of The House of Usher will both hit that streaming service over the next year (the former will be along much sooner: Midnight Club hits Netflix next month). It's a bummer we didn't get to see him playing around in the Stephen King sandbox again for Halloran, but we're willing to bet Flanagan and the King have plenty more collaborations in 'em. We'll let you know as soon as the next one gets announced! Stay tuned.