Heads up, HOCUS POCUS stans - the wait is nearly over. 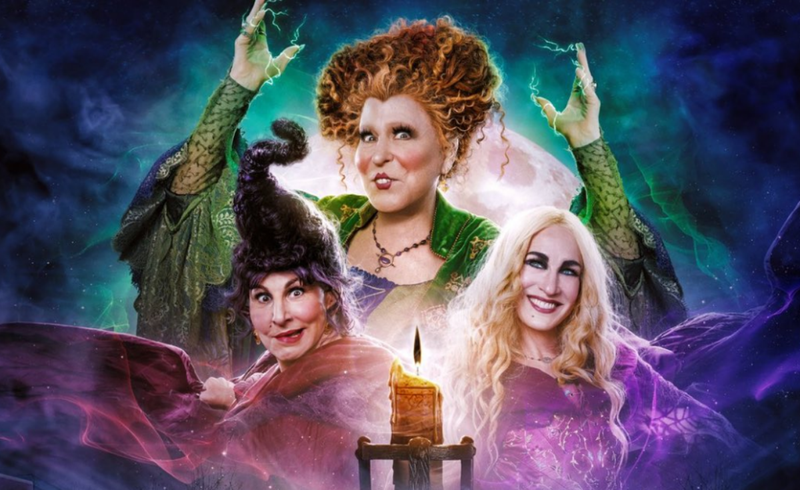 Ask enough seasoned horror fans, you're guaranteed to learn that most of 'em got started very young. Half the time, their climb to the top of Horror Nerd mountain began with a forbidden sleepover viewing of some utterly traumatizing horror classic (your Exorcists, your The Shinings). The other half of the time, you're gonna find out that many of us started out with something that wasn't really scary ... but just scary enough to gently push us further toward the genre we love so much.

All of which is an overcomplicated way of saying that, yes, FANGORIA's gonna be covering Hocus Pocus 2. Might not be your thing (it's admittedly not mine!), but it's important to remember that everyone has a first day on the job. And if the trailer below's any indication, a whole new generation of would-be horror obsessives will be born when Hocus Pocus 2 hits Disney+ later this month.

Hocus Pocus 2 is, as its name may imply, a sequel to 1993's Hocus Pocus, and reunites many of its main cast members. Bette Midler came back. So did Sarah Jessica Parker. Kathy Najimy's here, too, and so's Doug Jones (who gets interviewed alongside acclaimed make-up artist Tony Gardner in the next issue of FANGORIA Magazine, don'tcha know), returning to his beloved Billy Butcherson role. Obviously there's a brand-new sheen to the proceedings here, and a sense that everyone involved had a very good time on set. Again, might not be my thing, but - as the man once said - "Your kids are gonna love it."

“It’s been 29 years since someone lit the Black Flame Candle and resurrected the 17th-century sisters who were executed for practicing witchcraft, and they are looking for revenge. Now it is up to three high-school students to figure out how to stop the ravenous witches from wreaking a new kind of havoc on Salem before midnight on All Hallow’s Eve.”

Hocus Pocus 2 hits Disney+ on September 30th, which'll be along before you know it. Stay tuned for anything further on Hocus Pocus 2 that may arise between now and then. In the meantime, maybe prime your kids with the first one?