Cage will don fangs once again for the upcoming Universal production. 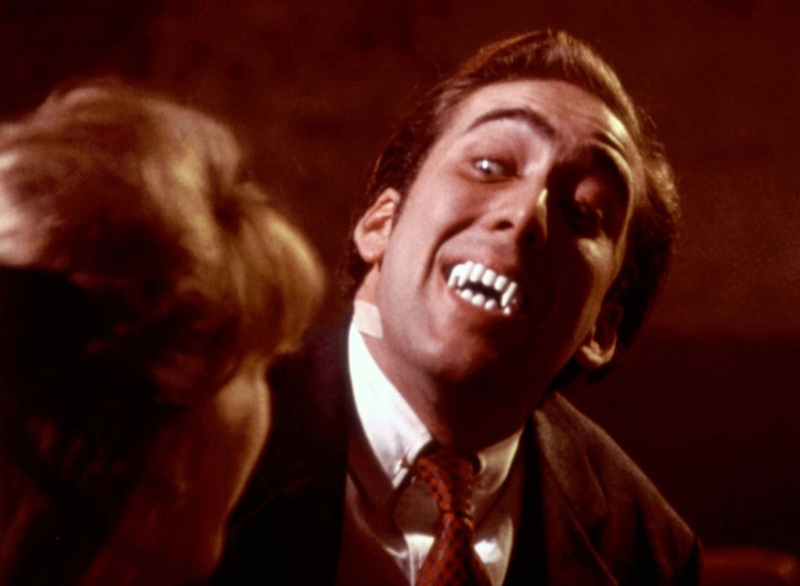 What is it we're always saying? We need more Nicolas Cage as a vampire. Yes, that's it. Deadline just announced, Nicolas Cage will be hitting the big screen as Dracula in the upcoming Renfield from Universal. Cage is set to play Dracula, Nicholas Hoult (Warm Bodies) will star as Renfield, and Chris McKay (The Tomorrow War) is on board as director. Now, this isn't Cage's first foray into vampirism. He also played a "is he or isn't he?" potential creature-of-the-night-meets-Patrick Bateman in the wildly off-kilter Vampire's Kiss. In Stoker's original novel, Renfield is Dracula's minion, thought to be insane, tucked away in an asylum, eating roaches and awaiting his master's bidding. The classic portrayal of Renfield is actually very much in the vein of Cage's performance in Vampire's Kiss, but we are excited to see what he does with the role of Dracula.

While we wait for more Renfield news, here's the trailer for Vampire's Kiss as a little treat.