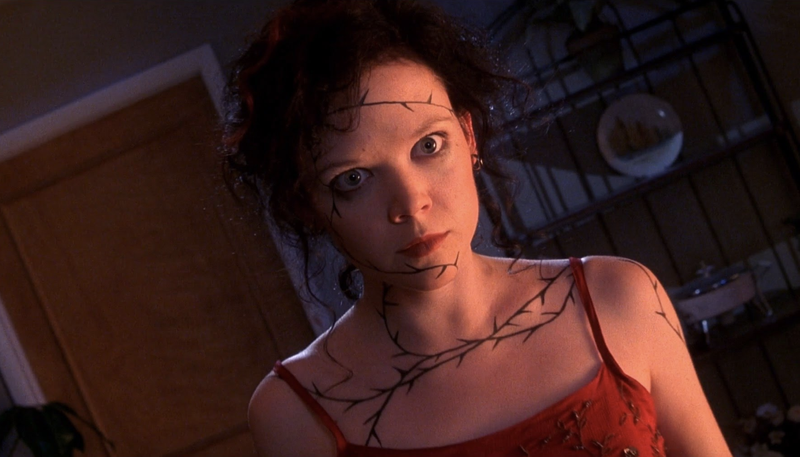 Making a sequel to Carrie was always going to be a gamble. But in the '90s, amid the sequel-centered horror fare, producers finally decided on The Rage: Carrie 2, hoping it would attract some old fans. Nevertheless, it received mostly negative critical reception, and with it came the highest of cinematic sins: it simply did not live up to the original. Though, of course, it wasn't trying to. Before it was The Rage: Carrie 2, it was The Curse, an angry, impassioned reaction to a real-life incident. In 1993, a group of high school boys from Lakewood, California, known as the Spur Posse, engaged in a series of heinous acts of sexual violence, including the boys' use of a point system to compare their sexual exploits. And while The Rage retains some of the original script's elements, it was the thirst for old IP that threw the original Carrie's Sue Snell (Amy Irving) into the mix, along with a questionable backstory that makes Carrie and the new lead Rachel, half-siblings. The result is an odd, sometimes confused movie that pulls in two different directions, though not without its share of successes. From its most basic premise, it reimagines a contemporary Carrie while suggesting an unfortunate cultural changelessness. However, if De Palma's Carrie's ideological split between fear of the feminine and genuine understanding of Carrie positioned her as both villain and hero, Katt Shea's argument in The Rage is more straightforward: there are far worse things than an angry girl. 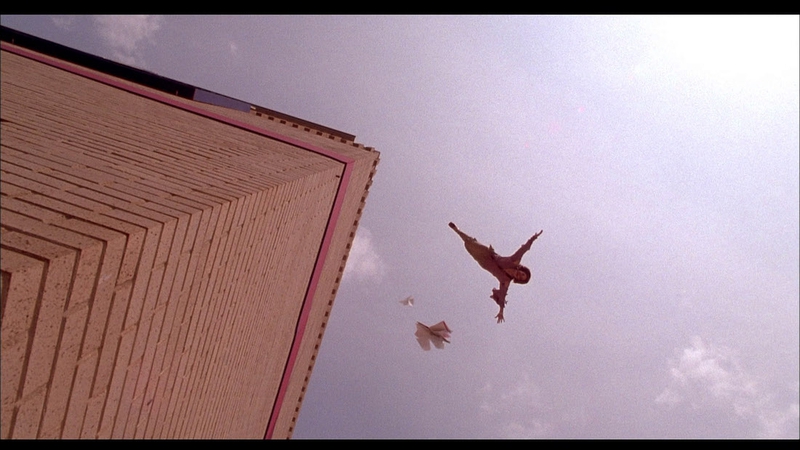 Set firmly in the late '90s, when the key concepts and interests of the riot grrrl movement had been neatly repackaged and neutralized by the Spice Girls' "girl power" mantra, The Rage wastes no time poking holes in the era's flimsy feminist politics. The locus around which the film circulates is Rachel (Emily Bergl), a lonely outcast living with neglectful foster parents. Rachel's only genuine connection to the world is her best friend, Lisa Parker (Mena Suvari), their closeness illustrated by a pair of matching heart and thorns tattoos. One day Lisa announces she's lost her virginity—though she won't say to whom. The boy was Eric Stark, a jock participating in a game where boys earn points based on the girls they sleep with. After his friends comment on Lisa's appearance and social standing, Eric rejects her, and Lisa commits suicide, jumping off the school's roof. While the guys raked points for the girls they manipulated into sleeping with them--some not even of legal age--the girls were treated as disposable objects. Their emotions following the sexual encounters were deemed "excessive." What's worse, the boys were enabled by everyone around them, from parents, to cops, and even their football coach, who makes a show of checking for a tampon string between one of the players' legs simply for talking too much. 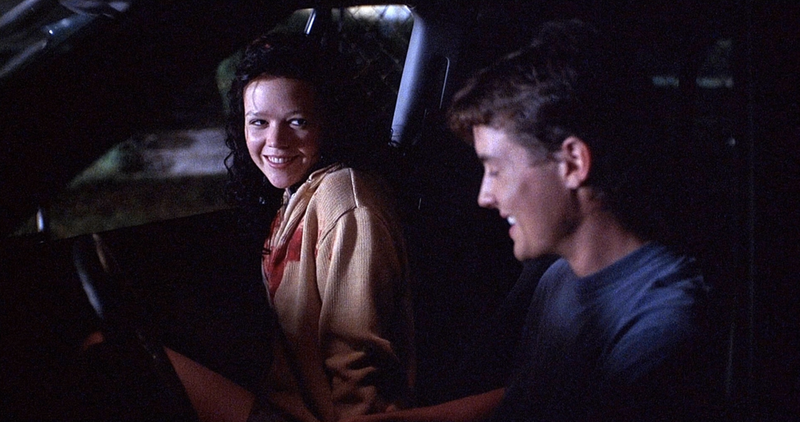 The Rage's conceit, its proposition of fear, hinges on the implied vulnerability of women's bodies, their "to-be-looked-at-ness," as Mulvey wrote in her seminal text on the male gaze. The fact that their words are about as important as their silence. Considerable portions of the film involve the jocks prowling for their next victim, with the girls unaware as the boys evaluate how many points they would be worth. Even Jesse (Jason London), the jock with a "heart of gold" turned Rachel's boyfriend, participates in these games right until he meets her, and with no resistance at that. Aside from the boys' regular leering, the male characters' fascination with the newly-introduced digital camera technology also assumes a formidable amount of diegetic leering space. But unlike Blair Witch's probing of the camera as an artifact of authenticity, Shea's incorporation of video recording tools functions as additional fodder for the objectification of the female body, the act of looking and consuming a ritual of male connection. One of the jock's cameras lingers on the lips and breasts of unknowing girls, trimming them, cutting them up into neat collage pieces, down to their "essential" parts (determined by the voyeur, of course). Even in death, Lisa's lifeless, bloody body becomes a spectacle, a source of entertainment.

Still, in the hands of women, images don't possess the same power. When the cops acquire Lisa's picture of herself with Eric to prove statutory rape, the boys' parents argue the kids have their lives ahead of them. To ruin them for a matter such as this would be illogical--a startling echo of the real-life case, where one of the parents alleged this was simply what "any red-blooded American boy" would do in their place. And no one argues against it. 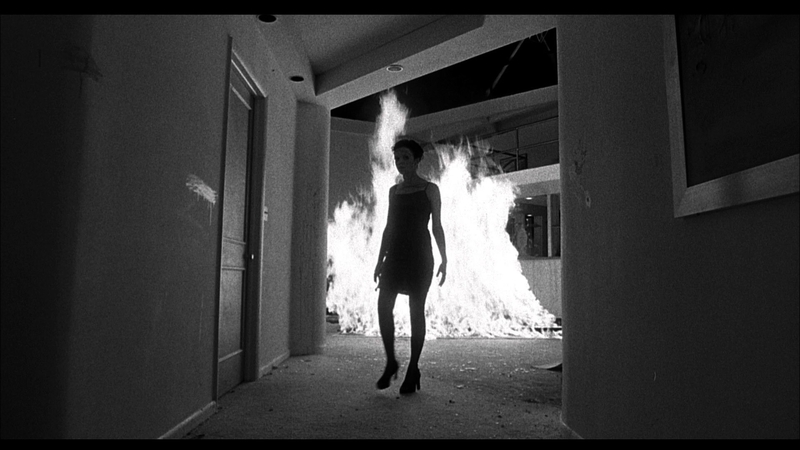 With Shea so clearly focused on the chauvinist men in the film and how their culturally ingrained rituals of misogyny play out, it's worth noting that the film refuses to play into shallow "girl power" cliches like spouting female solidarity or setting the men up as one-dimensional stock types. In The Rage, women occupy both passive and active spaces, equally capable of objectifying other women as their male peers. It's Monica, for example, who lures Rachel into a sense of comfort and friendship that eventually leads to everyone's demise, and it's Tracy who routinely ascribes--or rather, detracts--value from Rachel's personhood and relationship with Jesse because of her appearance. It's also clear Eric had feelings for Lisa before he rejected her, and had it not been for his friends, he might have never denied her.

But it's the party scene where turmoil reaches its apotheosis. Up until now, aside from Lisa's case, adults and authorities have been curiously absent, if not entirely inattentive to what's happening at the school. While the boys' rich parents paid for their freedom, Sue Snell-- a most ineffectual counselor--focused her energy on controlling Rachel's burgeoning telekinetic powers (set off after Lisa's death) in fear of what she would destroy, not considering the necessity of destruction. Lured to a party under the guise of friendship by Jesse's popular friends, Rachel finds herself in a house crowded with drunk students, giant, omnipresent screens decorating a lavish home. Then, something shifts. The students laugh and sneer as Rachel watches a recording of herself losing her virginity to Jesse, made to believe he was playing a game with her. Shea's camera vibrates, echoing Rachel's explosive, shifting emotions. "Is that a zit on your ass?" one of the boys asks, his laughter bubbling manically. Rachel's body is a matter of public record. Everyone's but hers. 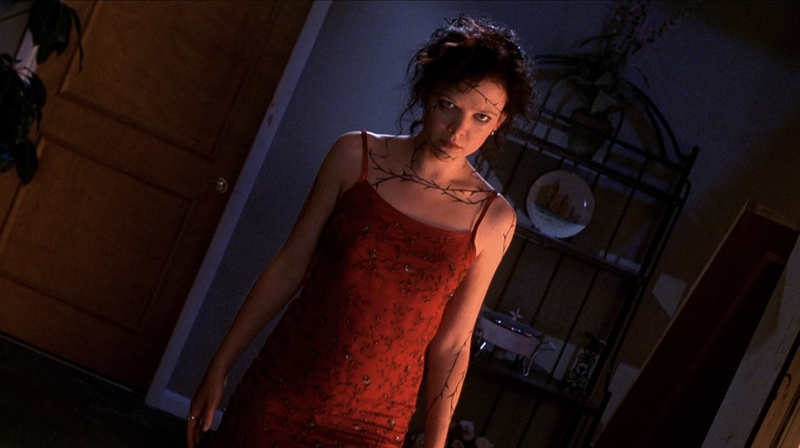 While the result is not as involute and thorny as De Palma's investigation of the gaze throughout his oeuvre, The Rage's prescient understanding of technology as a pivotal tool in the perpetuation of the patriarchy is undeniable, particularly as it reflects the contemporary online culture of revenge porn. And it's what finally spurs Rachel's frenzied rampage. Thorns grow from her tattoo, covering her body, a literalized expression of her connection to Lisa and the emotion that drives her: rage borne of love. The silence and helplessness the patriarchy imposes upon women meets its match by bodies and emotions made weapons. It's that "feminine" emotion, that excess, that becomes--quite literally--castrating, as Rachel slashes Eric's penis off with a fishing spear, bringing forth a bloodbath that rivals that of its predecessor. It's also Jesse's admission of love that allows him to survive, with Rachel giving her life in his place. Even if, as Shea admits in Adrian Roe’s Second Scream: The Definitive Guide to ‘90s Horror, it's a fantasy.

It is the last few scenes, though, that scream out The Rage's demanding conclusion in all its quiet, saddened glory. A year after the events at the prom, Jesse and Rachel share a ghostly kiss. Seconds after, Jesse is jolted out of a dream. He sits before a mirror, his contorted face multiplied endlessly, the knowledge of what he's done--of what they've all done--burnt into his downcast eyes. The only memories of Rachel a few scattered pictures, her dog (now his), and her eyes looking through him in the mirror, perhaps loving, perhaps judging. Does Jesse, now the "final subject," deserve forgiveness and absolution for his initial involvement? Where is that coach? Where are those parents who defended the boys? If anything is clear, it's that Rachel's fury wasn't enough. And who knows what the living will do after she's gone?