From demon barbers to fractured fairytales and beyond. 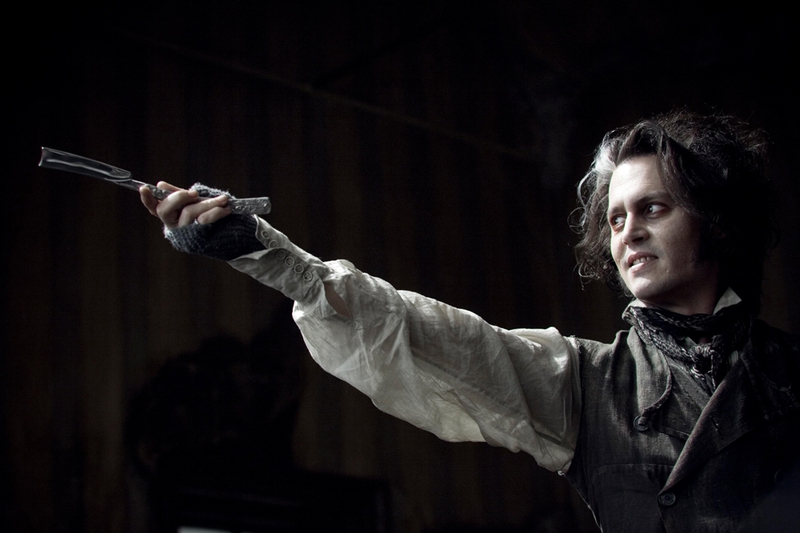 A factory whistle screams in the darkness, jolting us to attention.

A group of lower-class dockworkers stand amidst an iron foundry, their skin ghostly pale, their eyes sunken and dark, soot and ash staining their soiled clothes. They speak directly to us, the audience, inviting us to join them on a dangerous journey, and to hear a tale so ghastly its namesake has become a thing of legend.

Attend the tale of Sweeney Todd

His skin was pale and his eye was odd

He shaved the faces of gentlemen

Who never thereafter were heard of again

He trod a path that few have trod

The Demon Barber of Fleet Street

By the end of the opening song we meet Sweeney himself, a ghoulish barber with a singular focus and drive behind his eyes, eyes that have seen so much tragedy. He teases us when he sings:

Attend the tale of Sweeney Todd

He served a dark and a vengeful god

What happened then, well that's the play

And he wouldn't want us to give it away

The Demon Barber of Fleet Street

The lyrics are playful, even though they anticipate death and darkness. Even the final word is a jump scare, a note purposefully out of rhythm, unexpected and off-kilter… There's a wink there with the snarl. They acknowledge that we are in a theatre seeing a play, that these are actors on a stage, yet in doing so, they also confirm that Sweeney is real. He is real, and he is watching, and whatever you do, you better do as he pleases…or else.

When I was nine years old, my parents took me to see Stephen Sondheim's masterpiece Sweeney Todd: The Demon Barber of Fleet Street. My cousin was a drama student in college, and this was their mainstage musical production. I was very familiar with musical theatre by that point — we were a musical family, and from an early age, I was enamored with the work of Rodgers and Hammerstein, Leonard Bernstein, Lerner and Loewe, and Andrew Lloyd Webber.

Simultaneously, I was intrigued by horror movies, but way too scared to watch them. Something about the iconography of Dracula, Frankenstein, Freddy, Jason, and the rest was endlessly captivating to me, but the fear of actually watching their stories kept me from indulging — for a couple more years, anyway.

But tonight, we were seeing a musical. Musicals were safe, I thought.

Seeing Sweeney Todd that night quite literally changed my life. It completely shifted how I understood the art form of theatre. Here were characters that challenged me directly. Towards the end of act one, during Todd's musical meltdown Epiphany, he calls us in the audience to join him on stage to be among his victims. Murdered characters stand and sing, necks still flowing bright red blood. 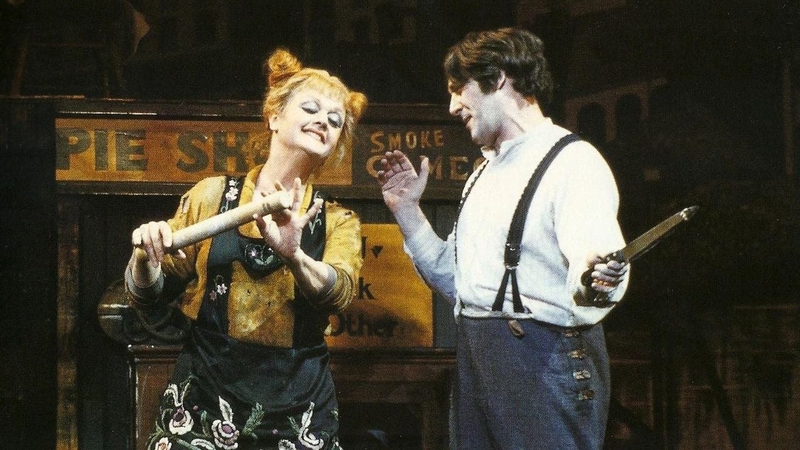 And amongst all this…we laugh. There's an entire song about cannibalism — the Act One showstopping finale A Little Priest — and it's all genius wordplay, puns, and vaudeville-style humor. The duo of Todd and Mrs. Lovett (Todd's landlady, who eventually serves his victims as meat pies to her unsuspecting customers) are as hilarious as they are deadly. They murder, but they revel in the joy of it, and so do we. There is happiness in the horror.

Who, I thought, could have come up with this thing that speaks so directly to me? And why does this feel so different yet familiar to what I've seen before?

Stephen Sondheim was a protege of the legendary musical theatre lyricist Oscar Hammerstein (known for iconic works Oklahoma!, The King and I, The Sound of Music, and more). He learned classic musical theatre structure from arguably the best lyricist of his generation, but then took that structure and form and turned it on its head, upending conventions and introducing complexity and emotion to the musical that had never been seen before. Sitting down to read a Sondheim score is both an intimidating and revelatory experience. The way he weaves themes throughout his shows, introducing a certain feeling early on with a particular melody and then bringing it back to mean something completely different later on, is nothing short of genius. The way he uses dissonance where he shouldn't, slamming our ears with a note that sounds wrong (and as a singer feels wrong) but ends up emphasizing the emotion of the moment, is masterful. His rhymes are unmatched in wit and cleverness ("Here we have shepherd's pie peppered with actual shepherd on top!"). His signature patter, an almost operatic style of delivering dialogue where the singers' lines dance and weave around each other, is as much a math equation as art… it's incredible. 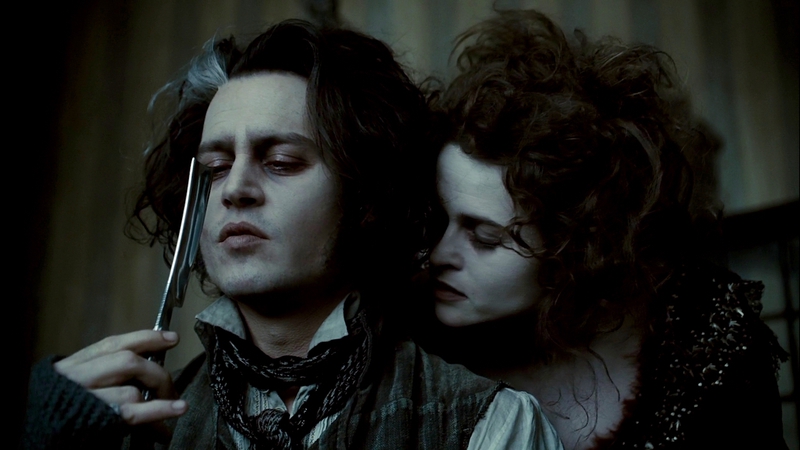 Sondheim's magic as a composer and lyricist lies in the combination of his near-mathematical approach to music and how he explores the depth of his characters and their relationships. Often, Sondheim would introduce characters whose archetypes we think we understand, but who are much more layered and nuanced than we ever would have thought. In Into The Woods, the show's whole premise is that these characters that we have known our whole lives (Little Red Riding Hood, Cinderella, the Witch in the woods, etc.) don't have happy endings. The "happy ending" comes halfway through, and then they have to go through real life, and suffer real challenges with real consequences, and subsequently learn more about themselves in the process. He does this too in Assassins, his musical devoted to understanding those murderers throughout history whose targets were American presidents.

And of course, Sweeney Todd, Sondheim's Grand Guignol horror masterpiece: presented as larger than life, with a bloody tale of revenge at its center and plenty of bloodletting. This nightmare opera ultimately becomes a searing indictment of the class system and an exploration of love, loss, and madness. It is both bloody spectacle and character-driven drama.

The greatest horror films subvert expectations and surprise us with deeper meaning lurking below the surface. Similarly, Sondheim's work uses the platform of musical theatre to peel back the layers of human darkness, pain, and uncertainty. Even in his non-horror work, the themes he explores are deep and frightening, and inarguably human. Sometimes just being alive is frightening enough. 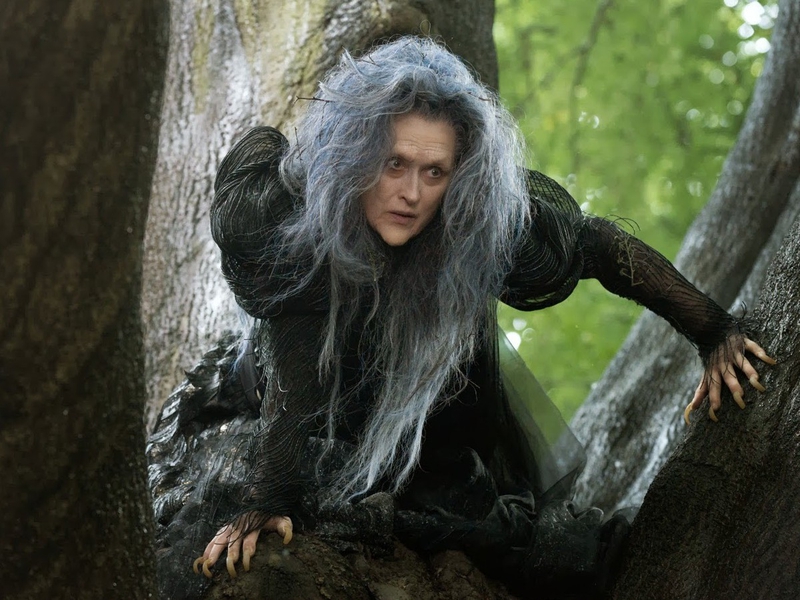 When I learned of Sondheim's death, I found myself suddenly in tears, surprised at my reaction. I knew he was old (he was 91), but he somehow seemed immortal. He was the last of the "old guard," the end of a lineage of musical masters that crafted the shows of the golden age of Broadway. West Side Story, Gypsy, A Funny Thing Happened on the Way to the Forum, Follies, Sunday in the Park with George, Into the Woods, Assassins, Sweeney Todd…in these Sondheim shows, you can see the evolution of the American musical. Just as Wes Craven reinvented the horror genre every few years, so too did Sondheim continue to dismantle and evolve the musical over his incredible six-decade run as a composer. His influence and importance cannot be overstated.

And for us horror fans, there is no more seismic moment in horror theatre than Sweeney Todd. It is bold, daring, dangerous theatre, both fun and frightening, entertaining and introspective. There is truly nothing else like it, nor will there ever be.

I said that I cried when I heard the news of his death, in spite of the fact that he led a long, prosperous life, and left us with a body of work that one could only call legendary. I grieve not because he should have been here longer, or given us more. I grieve because art becomes part of our DNA, and when we lose the artist who created it, that part mourns with gratitude for the creation. And so we grieve, but it's so much more complex than just being sad. It's an expression of thanks.

So thank you, maestro. I'll end this with some of Sondheim's own words, words that I think help us remember how to move forward once we've lost those we admire:

Don't forget it for a moment, though.

Just remember you had an "and," when you're back to "or,"

Makes the "or" mean more than it did before.

And it's time to leave the woods.