Dread and Epic Pictures have revealed a new trailer for TINY CINEMA, which is debuting at the Popcorn Frights Film Festival.

We’ve got a little something for you today, lovers of horror anthology, in the form of a new trailer for Tiny Cinema. The collection of short stories comes to us from director Tyler Cornack, with the film set to debut at this year’s edition of the Popcorn Frights Film Festival next week. Even for those who won’t be attending the fest, the anthology is making its way to release for all to see next month, so this one will be accessible quite soon. Let’s have a look-see.

The trailer proudly boasts that this is from the makers of Butt Boy, and that is promptly followed by some pretty eye-catching review snippets. Typically, those are merely used as boastful little bits to help make something sound good. In this case, it’s a bit more to set a tone: this is not your average horror flick. The six “tiny tales” contained within are billed as uncomfortable and seemingly center on a date with a zombie, a shootout at a liquor store, a delivery driver, and several others. But are all of these tales really unconnected? The synopsis for the movie reads as follows:

“A mysterious stranger tells the twisted tale of seemingly unconnected strangers whose lives will change in incredible and bizarre ways forever. As reality unravels, each person must battle incredible challenges from a multiverse seeking answers on the essential questions of life, death, love, and the fate of our future.”

Cornack also wrote the film alongside Ryan Koch and Bill Morean. All three of them are on board as producers as well, as is Patrick Ewald. The cast includes Tyler Rice, Philip Ursino, Sam Landers, Kristina Clifford, Shelby Dash, Austin Lewis, Olivia Herman, Matt Rubano, Kyle Lewis, Matt Rasku, and Kevin Michael Moran. In addition to directing, writing, and producing, Cornack also counts himself as a member of the cast, just to ensure that he kept himself incredibly busy during the entire process.

Aside from the trailer, we’ve got a pretty stylish poster (with a very fitting tagline) below for you to check out as well. Tiny Cinema is set to hit select theaters on September 2 and On Demand on September 6. It will also be arriving on Blu-ray on October 11. 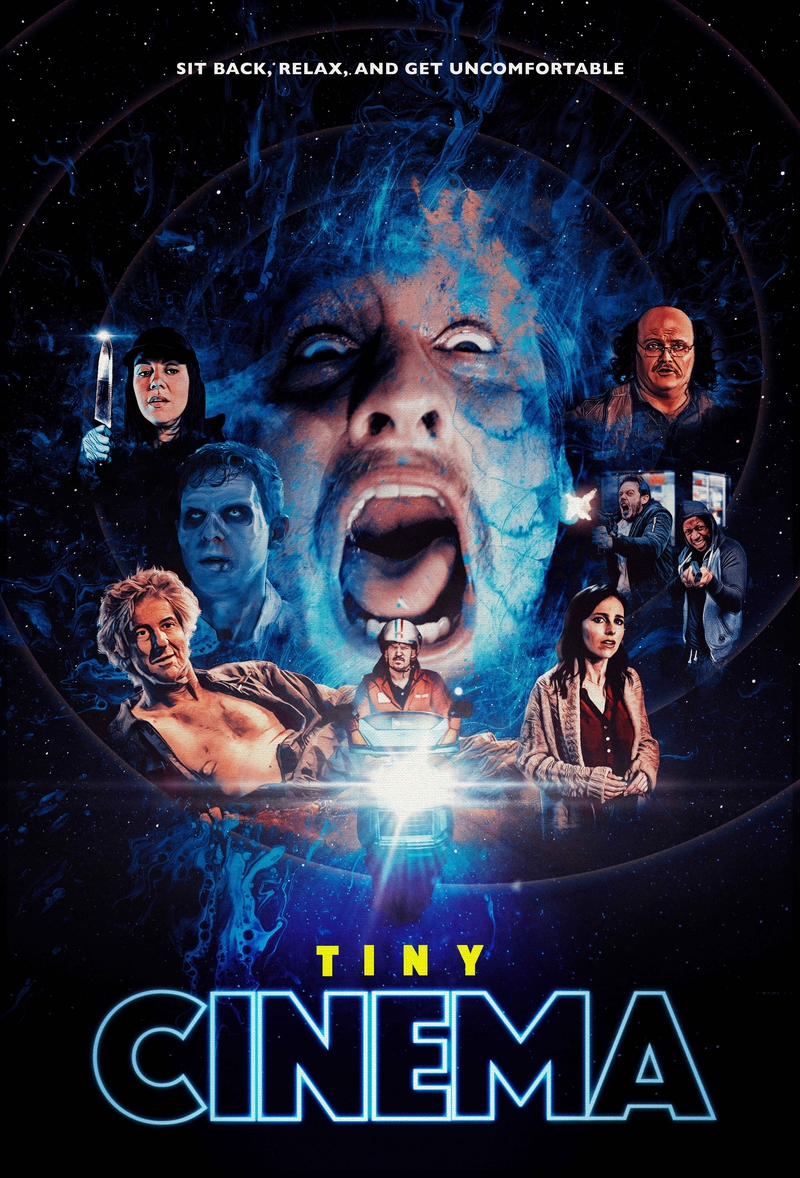