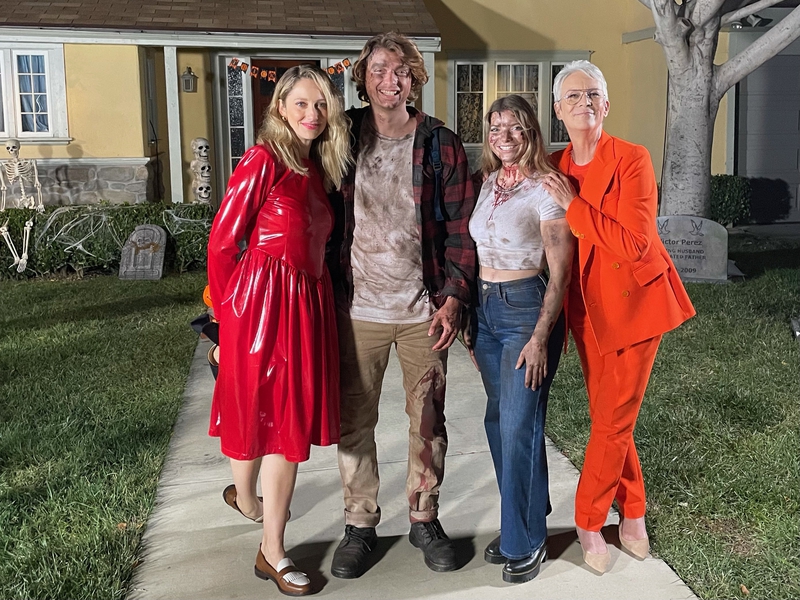 Back in September, Blumhouse put out the call for anyone hoping to be murdered by Myers. Superfan Mark Murtha answered that call, and was chosen as the winner of the Face The Shape Challenge among hundreds of hopefuls. In his submission video, he describes his love for the Halloween franchise and even includes a bit of footage from the fan film he made as a nine-year-old.

The Pickerington, Ohio native was flown to Los Angeles after winning the contest, where he was treated to an early screening of the film and later came face to face with Michael Myers on a Hollywood set located on the Universal Studios backlot.  He also met Halloween Kills stars Jamie Lee Curtis and Judy Greer.

Check out Murtha's kill scene below:

Halloween Kills is now playing in theaters and streaming exclusively on Peacock. Click below to watch: