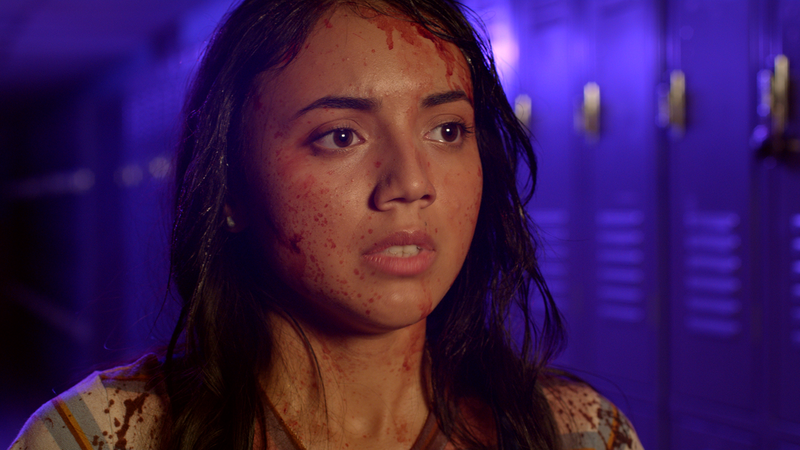 Lee Ann Kurr's Student Body "is ultimately about the nightmare of growing up." As high school student Jane Shipley attempts to reconcile her relationship with her childhood best friend, Merritt, she finds it a challenge to fit in with Merritt’s new and rebellious group of friends. When Jane's math teacher crosses a line, the administration proves to be no help, so Jane and Merritt take matters into their own hands. While Merritt manipulates the situation against Jane's wishes, their relationship is further pushed to the brink.

Jane joins Merritt and her clique as they break into the school party and play a prank, but they realize they’re not alone. The group has been locked inside and they're being hunted down one by one, as they work to survive the night. Kurr intentionally chose genre storytelling as a way to capture the universal horrors of growing up, "By telling Jane’s story as a genre film, Student Body exhumes the psychological horrors of never feeling good enough, never knowing if anyone actually cares, never enjoying freedom and comfort in your own skin."

Written and directed by Lee Ann Kurr in her feature directorial debut, starring Christian Camargo (See, The Hurt Locker), Montse Hernandez (Jane the Virgin), Cheyenne Haynes (Camping), Anthony Keyvan (Love, Victor), Harley Quinn Smith (Cruel Summer, Once Upon a Time in Hollywood) and Austin Zajur (Scary Stories to Tell in the Dark). Take a look at the official trailer below.

Student Body will be available digitally on February 8th.