Watch The Trailer For WE'RE ALL GOING TO THE WORLD'S FAIR

A dark journey through an online role-playing horror game. 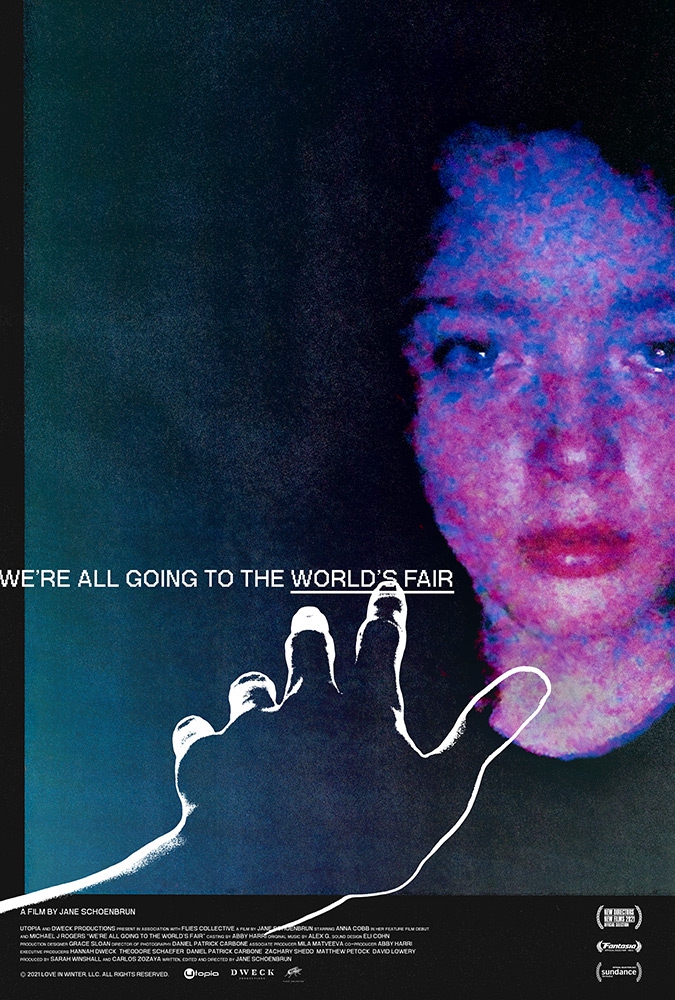 WE'RE ALL GOING TO THE WORLD'S FAIR

Jane Schoenbrun's We're All Going to the World's Fair is coming to theaters and digital platforms this April. Centered on the titular online role-playing game, we follow teenage Casey (Anna Cobb in her feature debut) as she discovers the online sensation. She has finally decided to take the World’s Fair Challenge and embrace the uncertainty it promises. After the initiation, Casey documents the journey and the changes that may or may not be happening to her, adding her experiences to a library of online clips available for the world to see. As she begins to lose herself between dream and reality, a mysterious figure reaches out, claiming to see something special in her uploads. With music by Alex G, Schoenbrun's feature was one of the most talked-about films coming out of the festival circuit. Check out the official trailer below:

We're All Going to the World's Fair opens April 15th at BAM and the Quad Cinema in New York. Expanding to theaters nationwide (including the Landmark Westwood in Los Angeles) and digital platforms on April 22nd.