Hallucinogenic Horror: Watch The Trippy New Trailer For ALL JACKED UP AND FULL OF WORMS 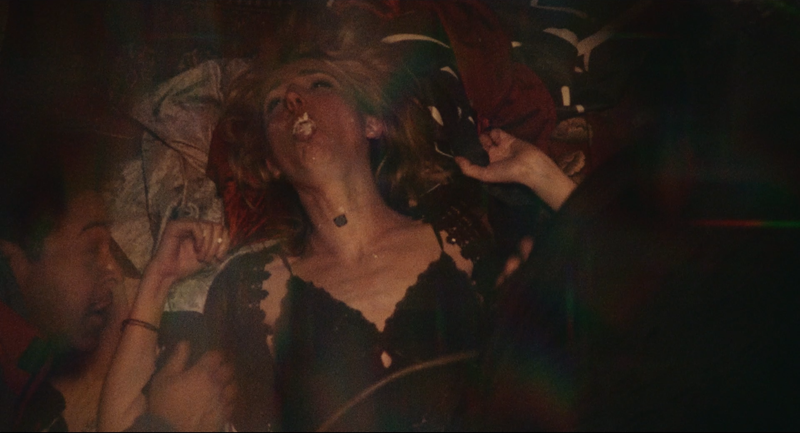 After premiering at Fantasia Film Festival earlier this year, Alex Phillip’s debut feature All Jacked Up And Full Of Worms gets a new trailer: and man, is it a TRIP.

The squirmy, psychedelic splatterfest is heading to Fantastic Fest this week, and will be available to stream on Bloody Disgusting's SCREAMBOX service on November 8th.

According to the All Jacked Up And Full of Worms website, the hallucinogenic horror follows:

“Roscoe, a janitor for a scuzzy love motel, whose girlfriend has brought another man home for strange rituals, drifts through life until he discovers a hidden stash of powerful hallucinogenic worms. guided by visions of a giant floating worm, he encounters Benny, a moped enthusiast trying to manifest a baby from an inanimate sex doll. they fall in love with doing worms together on a downward spiral into the primordial ooze.”

Mopeds? Giant floating worms? OOZE?! Sign me the hell up.

Philip Andre Botillo (The Art of Self-Defense) plays Roscoe, while Trevor Dawkins (Easy), and Betsey Brown (The Scary of Sixty-First) co-star. Fantasia Fest described the film as a: "drug-induced creature-feature nightmare, Trainspotting meets Brain Damage with a dash of Videodrome", which should shoot All Jacked Up to the top of your watchlist even before you've checked out the outrageous trailer.

During All Jacked Up’s time at Fantasia, the film took home a special jury mention from the festival’s New Flesh competition, a hugely impressive feat for pandemic-shot debut with a “tiny budget”.

If worms are your movie snack of choice (and no, not the gummy variety), then All Jacked Up will be one freakfest you don’t want to miss. Check out the trailer here: