You Need To Calm Down About The HALLOWEEN KILLS Trailer "Spoilers"

A plea for reason from people who want to help you. 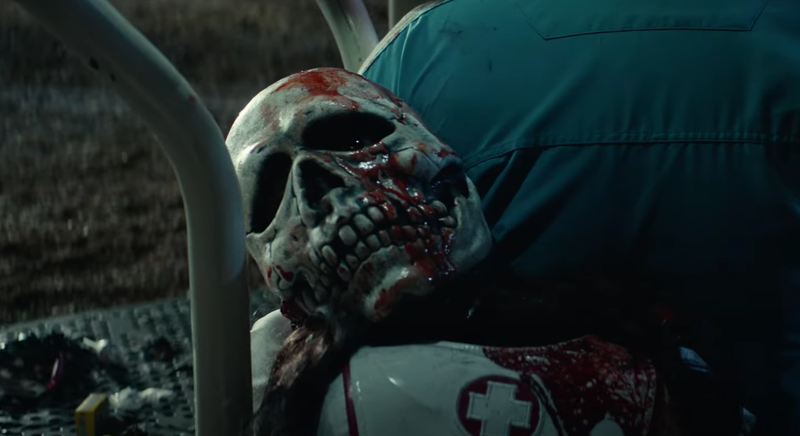 Universal and Blumhouse dropped a doozy of a Halloween Kills trailer on us last night, and when you watch it, you’ll understand why the internet lost its damn mind over it.

Looks intense! Looks mean! Looks like they show you a whole lot of kills! Which, alas, today finds many fans Mad Online™. “They show you the whole movie!” “It spoils literally every kill!” Not sure how you got to that conclusion without seeing the actual entire film, Criswell, but this is an official public service announcement that, once again, you all need to calm down.

The Halloween Kills trailer contains story beats presented in such a way that might lead you to think you now know the entire plot of the film. You do not. There are so many kill scenes that you think you’ve seen all the goods. You have not. At the risk of stating the obvious, you have not, in fact, already seen a 100+ minute movie after watching a two-and-a-half-minute trailer. Please, we are begging you: chill the hell out.

Why do we care how you react? Well, cards on the table, this hysteria over spoilers is flat-out harming horror coverage. Your hand-wringing is the reason studios ask FANGORIA for the mag’s cover while sending us six pictures of pretty actors looking offscreen at some unseen menace. We will tell you what we tell the studios - no one has ever seen a spoilery photo of a horror film and then as a result declined to see the movie. Doesn’t happen.

Until the ‘90s (and here and there afterward), Fango would spoil the shit out of all manner of movies, on our covers and in our pages, and it never squashed anyone’s appetite to see those movies. But then along came the internet with its accursed “scoops,” and spoilerphobia eventually infected the studio publicity departments, until you had poor Mike Gingold writing a six-page cover feature on the 1998 Godzilla...without one damn picture of Godzilla. That, friends, is no way to live.

Stop the madness. Stop being part of the problem. Let the studios (and us) show you something once in a while.