GorePlay: Meat’s back on the menu in HAPPY'S HUMBLE BURGER FARM 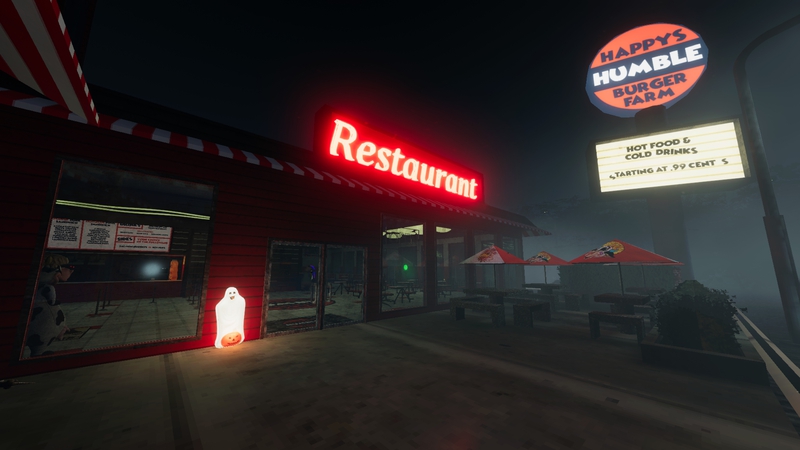 Anyone who has ever worked a minimum wage job in fast food will know that it can be a nightmarish experience. The arcane rules that must be followed to the letter, the endless routines you’re supposed to memorize after one day, the sullen customers, the soul-crushing inability to say or do anything to vent these frustrations without getting fired.

Sure, there are probably some who find pleasure in slinging patties for an ungrateful boss (we see you, Spongebob) but for most toiling in burger-and-fries joints across the world, it’s hell on earth. Well, that may literally be true in Happy’s Humble Burger Farm, a disturbingly dark restaurant simulator out now on PC, PlayStation, Xbox and Nintendo Switch.

The game begins inside a grim apartment in the dystopian New Elysian City. Viewed in first person, you’re free to explore this grotty little space and are eventually prompted to venture outside to begin your first night shift working at the titular fast-food franchise. 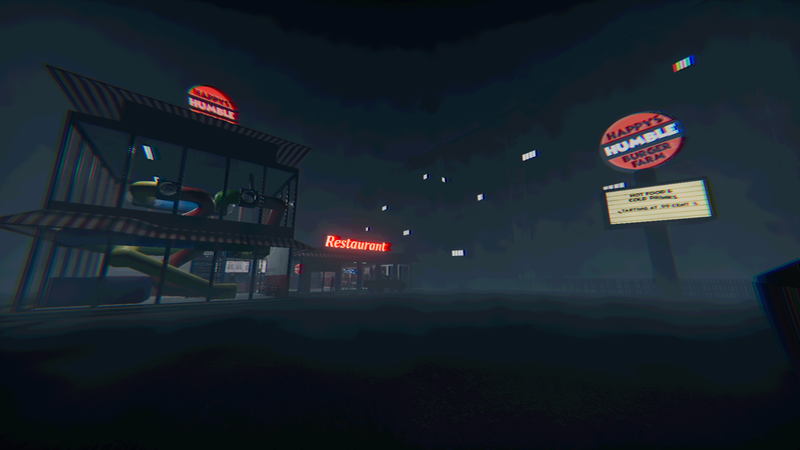 Even before you get to work, the atmosphere is disturbing. The city is grainy, dirty, and eerily devoid of life. Things don’t get much better upon arriving at work, where the sickly glow of the Humble Burger Farm signage barely cuts through the smoggy air. Inside, you’re given precious little in the way of induction beyond being told everything is up to you for the next few in-game hours.

You need to work out where everything is, from frozen ingredients to the switches that fire up the grill and other appliances. You need to remember the ingredients for all the specials that customers will be ordering, with evocatively nauseating names like Happy’s Deluxe, Fantastic Fowl, Salmon Nuggets, and Poppin’ Pork sandwiches. There is a co-worker, but he seems to be in a zombie-like trance and can only moan incoherently at you. This much will be familiar to people who work fast food in the real world.

Once opening time comes around, blank-eyed customers file in and start placing their orders. You’ve got a limited time to cook, assemble and serve whatever it is they want, paying particular attention to modifications. This guy wants no onions. This lady doesn’t want cheese. You know the drill. Hand over the paper bag containing the correct items, they’ll be on their way, and you’ll be a few dollars richer. As time goes on, orders become more complex, time becomes more limited, and you have to move quickly and accurately to stay ahead of the queue. 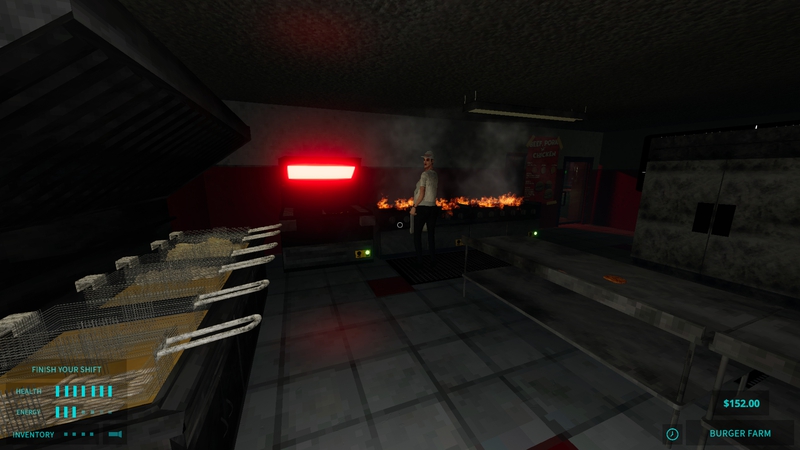 Despite the grungy aesthetic, this is all familiar stuff from games like Overcooked and other cheerier frantic kitchen management games. Get past that authentically steep learning curve on your first night, and you’ll find a game that is hectic but cleverly balanced to always keep you at your wit’s end, without ever overwhelming you in a way that feels unfair. Some smart quality-of-life features, such as being able to load up on burger extras like tomato and pickles rather than gathering and placing them all individually, are very welcome.

So why is Happy’s Humble Burger Farm being featured in FANGORIA? It’s just a cooking game with a bleak style, right? Well, kind of. You see, while serving burgers and fries is the core of the gameplay, there’s a lot more going on, and it’s here that the experience becomes downright freaky. 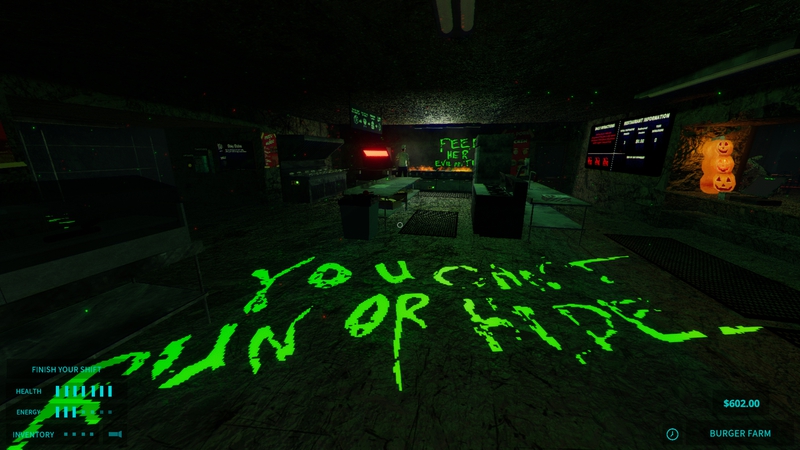 Sinister shambling phantoms will appear in the kitchen and vanish, screaming, in a cloud of smoke should you touch them. Get orders wrong, and you’ll incur the wrath of Happy the Humble Heifer, the company mascot who is almost certainly not someone in a costume. She has a menagerie of equally unnerving friends, the Barnyard Buds, who will also make you pay for your mistakes. There’s a reason this is a cooking game with a health gauge.

There’s a whole world outside the kitchen, too. That walk to and from work for each shift is a huge part of the experience. You can visit a moribund strip mall and spend your meager wages on items, gadgets, and power-ups that will either make your depressing hovel a nicer place to wake up to or help you survive whatever the next shift throws at you. The more you poke around the edges of New Elysian City, the more you start to uncover what’s happening in this godforsaken town and why you find yourself trapped there. There are conspiracies and a dubious biotech company. There’s meat. Lots and lots of meat.

By the time you emerge from the other side of the Story Mode, you’ll be in no doubt that this is categorically a horror game. It’s just one that makes your flesh crawl in ways that your average survival horror monster-masher never could. In fact, part of the fun is wondering if the whole nightmarish ordeal takes place in the margins of such a game. It’s easy to imagine that there’s a Happy’s Humble Burger Farm joint somewhere in the fog-strewn streets of Silent Hill, or the rubble of Raccoon City, with more hapless employees just like you, putting up with the mundane and the infernal to make their next paycheck.

This is a particularly timely interactive horror romp. The news is full of the notion of the so-called Great Resignation, as workers emerge from a year of lockdown and decide that, actually, putting yourself through hell for the sake of a wage that leaves you with no life to live just isn’t worth it. There’s something both inevitable and cathartic about taking the ennui of modern capitalism’s monstrousness and stitching it to a tale of actual monstrosities. Happy’s Humble Burger Farm is an acquired taste, but a very welcome one.