GorePlay: 'Song of Horror' Features Permanent Death, So Play If You Dare 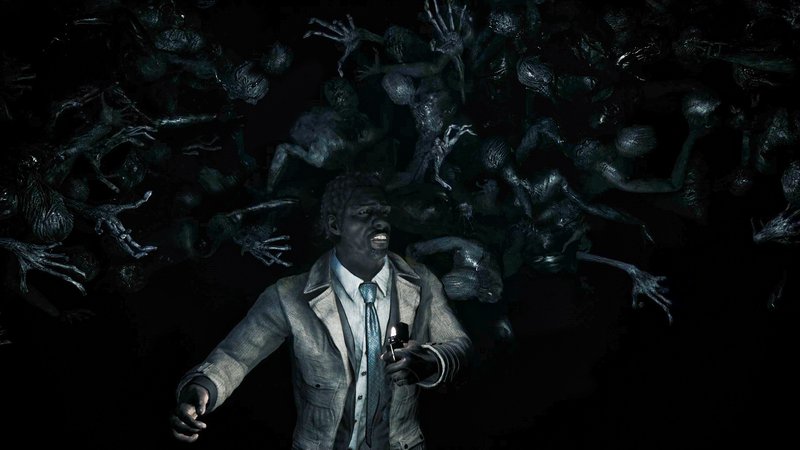 You might become the lost and not-found in 'Song of Horror.' Or ... you could just join the party?

Hey, hey, gory gamers. Welcome back to Fango’s monthly roundup of all that is grisly and chilling in the world of interactive entertainment. Let’s get carving.

If you have ever read any horror fiction at all, you know that stories in which authors go missing in creepy old mansions rarely end well. Bad news: That’s what happens in this intriguing episodic adventure. A famous writer named Sebastian P. Husher has disappeared, along with his family. His publisher sends someone to investigate … and they vanish too. Guess who’s next to try and crack the mystery? Yep, it’s you.

There are quite a few interesting aspects to this game. For one, it’s a deliberate throwback to the classic era of survival horror gaming. So much so that each of the five episodes is inspired by the style and gameplay of a different iconic horror game. The first draws from Alone in the Dark, the second tips its hat in the direction of Silent Hill, and the third – which launches on Dec. 13 – is inspired by the 2004 school-punk horror game Obscure.

Also worthy of note: Your investigations will bring you into conflict with an entity known only as The Presence. This is a fully AI creation which adapts its actions – and reactions – to what you do in the game. Finally, the game features permanent death; if your character dies then they’re dead forever, and you’ll have to pick up the trail with a new character.

That’s a lot of bold design decisions, all of which seem custom-made to entice and thrill fans of classic, hardcore survival horror. You can buy each episode separately or stump up the money for a full season pass which gets you access to all episodes as they’re available.

Here’s a fun oddity that all horror fans should try. Released last year, but just popping up on our radar now, this is a short but spooky found-footage yarn, told entirely from the perspective of one VHS camera over several consecutive nights. There’s not much to it – you explore the same small apartment over and over, much like the infamous P.T. demo, but after each jump cut (with era-appropriate tape crackle), some gruesome new wrinkle is revealed in the unsettling story of what happened here. The whole thing can be played in just more than five minutes, and it’s up to you to fill in a lot of the narrative blanks, but that’s part of the fun. It’s a free download, so if you’ve got a few minutes to kill (literally) then give it a try.

A clutch of horror games is getting a fresh lease of life on new platforms now, so if you missed them before – or were waiting for them to arrive on your preferred console – then you may be in luck. Pick of the pile is the excellent Alien Isolation, which is now on Nintendo Switch, perfect for hiding under the bedclothes and scaring yourself shitless as you creep and sneak your way past an artificially intelligent xenomorph aboard a collapsing space station.

The first few Five Nights at Freddy’s games are also now on Switch, and despite their reputation as shrill YouTube scare machines, they’re actually pretty good. If you’ve never tried to prevent sinister pizza restaurant animatronics from breaking into your security station, it’s a frantic experience worth having at least once.

Finally, the surprisingly good Blair Witch game finally pops up on PS4 after its PC and Xbox release earlier in the year. You’re a cop, accompanied by a police dog, investigating disappearances in the Burkittsville woods. Developed by Bloober Team, which made the superb psychological horror game Layers of Fear, this is a game that comes pretty close to capturing the disorienting unease of the original movie, using lots of clever graphical tricks to change the scenery while you’re not looking and keeping you on edge with truly creepy sound design.

Hideo Kojima might be getting his horror on again

Metal Gear creator Hideo Kojima just released the surreal post-apocalyptic delivery simulator Death Stranding, in which The Walking Dead’s Norman Reedus totters his way across uneven terrain while carrying a psychic baby in a jar, taking advice from Edgar Wright and Conan O’Brien and throwing poop grenades at ghosts. Yeah. With that opus out of his system, it seems Kojima may be gearing up to make something horror-related next, tweeting: “As to make the scariest horror game, I’ll watch the scary movies in order to awaken my horror soul. THE EYE is the Thai horror movie I rent when making PT but was too scary to finish watching. The package is scary so I rented the disc only. Will I be able to finish watching?”

As fans will no doubt be aware, Kojima was all set to reboot the Silent Hill series in conjunction with Guillermo Del Toro (who also appears in Death Stranding), until publisher Konami cancelled the project. What he has in mind remains to be seen, but with fellow esoteric Japanese developers Swery and SUDA 51 collaborating on a horror game, it could be a very interesting time for interactive J-horror.

Resident Evil 3 next up for the remake treatment

In news that should surprise absolutely nobody, rumors regarding a remake of Resident Evil 3 have fired up again. Capcom’s updated versions of Resident Evil and Resident Evil 2 were both critically acclaimed and hugely popular, so it seems highly unlikely that the third in the series – best remembered for its lumbering Nemesis enemy which pursued players – will also be remade. This time it’s YouTuber Spawn Wave dusting off the rumor, insisting that it could release as early as next year, and may be connected to the multiplayer Project REsistance spin-off that has already been announced. This one sounds plausible and Spawn Wave has been proven correct on previous stories, so fingers crossed this comes to pass.

Man of Medan players can share a playthrough for free

Finally, here’s a cool thing that publisher Bandai Namco is doing with its interactive horror story Man of Medan, part of the Dark Pictures anthology series of games. If you already own Man of Medan, or buy it before Jan. 6, you’ll get a free Friend’s Pass which will allow a buddy to join you for one Shared Story Multiplayer run through the entire game, even if they don’t own it. The offer applies across PS4, Xbox One and PC but you’ll both need to be on the same platform. Your friend downloads the trial version of the game, hooks up with you via the pass, and can see the whole thing – or at least one version of it. The game has multiple end states, with every character able to die horribly, so there’s still incentive for them to pay to play it again. The publisher has also made “The Curator’s Cut” mode that offers an additional viewpoint on the story with bonus scenes; it’s also available to everyone now – previously you had to finish the game to unlock it. Nice.