Gothic Horror And Bloodletting: THE INVITATION Cordially Invites You To A Dream Wedding In This Brand New Trailer

We're heading to the English countryside for some old fashioned family fun. 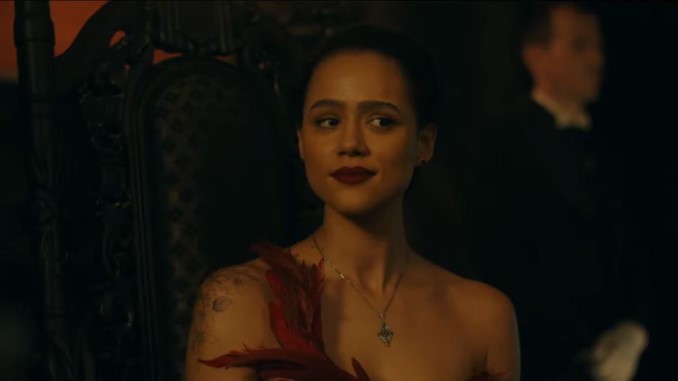 DNA testing services seem like all fun and games until you unearth some family secrets akin to opening up a hellmouth portal. Spit in a vial, send it off to some strangers, and potentially be connected to other strangers who have some commonalities in their spit vials! In the new trailer for the upcoming The Invitation things seem too good to be true, and then it all goes horribly awry. Formerly titled The Bride, The Invitation cordially invites us to unearth some long-buried horrors.

After the death of her mother and having no other known relatives, Evie (Nathalie Emmanuel) takes a DNA test...and discovers she 100% has an alleged long-lost cousin. Her dashing extended family member invites her to an extravagant wedding in the English countryside, where she is quickly seduced by the sexy aristocrat family friend hosting the festivities. But it may be too good to be true, as Evie is thrust into a nightmare of survival as she uncovers twisted secrets in her family's history and the unsettling intentions behind their sinful generosity.

There is something inherently creepy about gigantic, too-big-to-actually-live-in mansions off the beaten path. Add to that the prospect of being held hostage in said massive mansion, married off against one's will, blood rituals, possible human sacrifices, and we've got a recipe for some real summer fun! Sexy gothic horror - check. Vampire action - check. Definite bloodletting - check. There's still a chance of —Are they vampires or just rich, psychotic weirdos? Ok, our money is on vampires, given that the original news about The Bride centered on the project being Dracula-inspired. I guess we'll find out. You can almost feel the chill of that English countryside fog rolling off the screen. We'll have to RSVP "hell no" to the wedding but a big "Yes" to catching The Invitation in theaters.