We're heading back to Salem with the Sanderson Sisters. 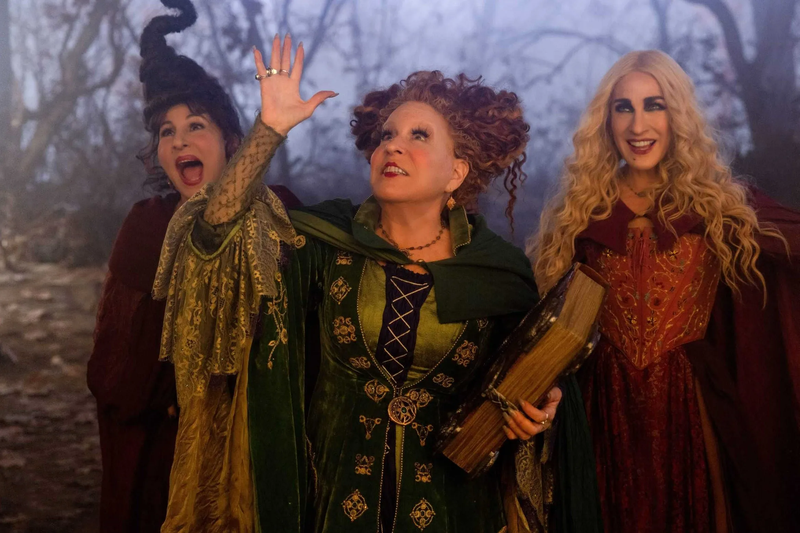 Citizens of Salem, rejoice! Or... cower in terror? The black flame candle has been busted out, and our favorite witchy trio has once again been summoned from beyond the grave. Up until now, we knew the sequel would take place twenty-nine years after the events of Hocus Pocus, and center on three high-school students working together to stop the Sanderson Sisters who have returned to present-day Salem. Take a peek at the long-awaited return of the Sanderson Sisters below:

The trailer kicks off with the familiar imagery of a bird's eye view of Salem before dropping us off at school to meet our new protagonists and best shot at surviving the Sandersons. Anyone else get chills as that itch-it-a-cop-it-a Mel-a-ka-mystica ramped up in the background?