HALLOWEEN KILLS To Be Released In Theaters And Streaming: Michael Comes (To Your) Home Via Peacock TV 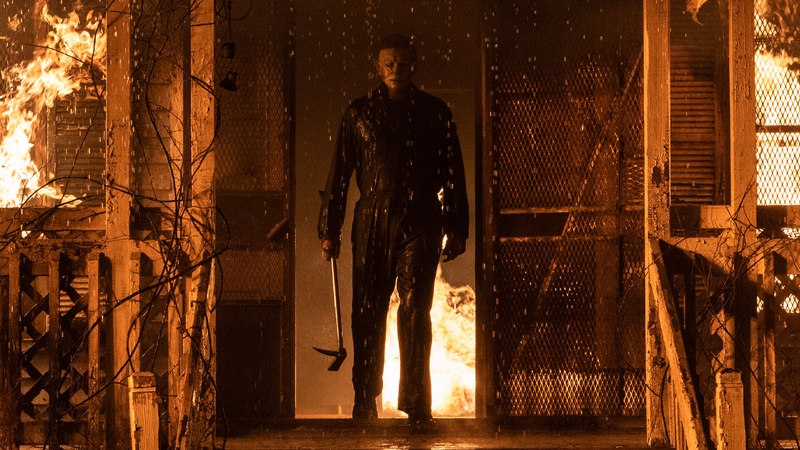 This Halloween, Michael comes home. Straight to your home, that is. Following the hybrid release model, Universal and Blumhouse will be unleashing Myers in theaters and streaming on Peacock TV simultaneously on October 15. NBCUniversal's streaming service will be home to the second installment in Blumhouse's Halloween reimagining, giving fans the option to catch the long-awaited release on the big screen, or from their couches.

Warner Bros and Disney have been testing out the hybrid release model, after dozens of releases were delayed in the midst of COVID, hybrid releases seem to be at least a potential solution to the fact that not everyone is eager to return to movie theaters and share a public space. Is hybrid releasing a viable option? Lots of debate on that, but truthfully I don't think anybody really knows. We are in an interesting time in the sense that studios are kind of just trying out different things to see what sticks. I can't speak to how the hybrid release model fares for studios but as fans, being given the option for big-screen viewing or couch streaming on opening weekend — we are quite literally being offered a tailored cinematic experience.

This Halloween, Michael comes home. In Theaters & Streaming Only on @peacockTV October 15. pic.twitter.com/zdYtmmHTS3